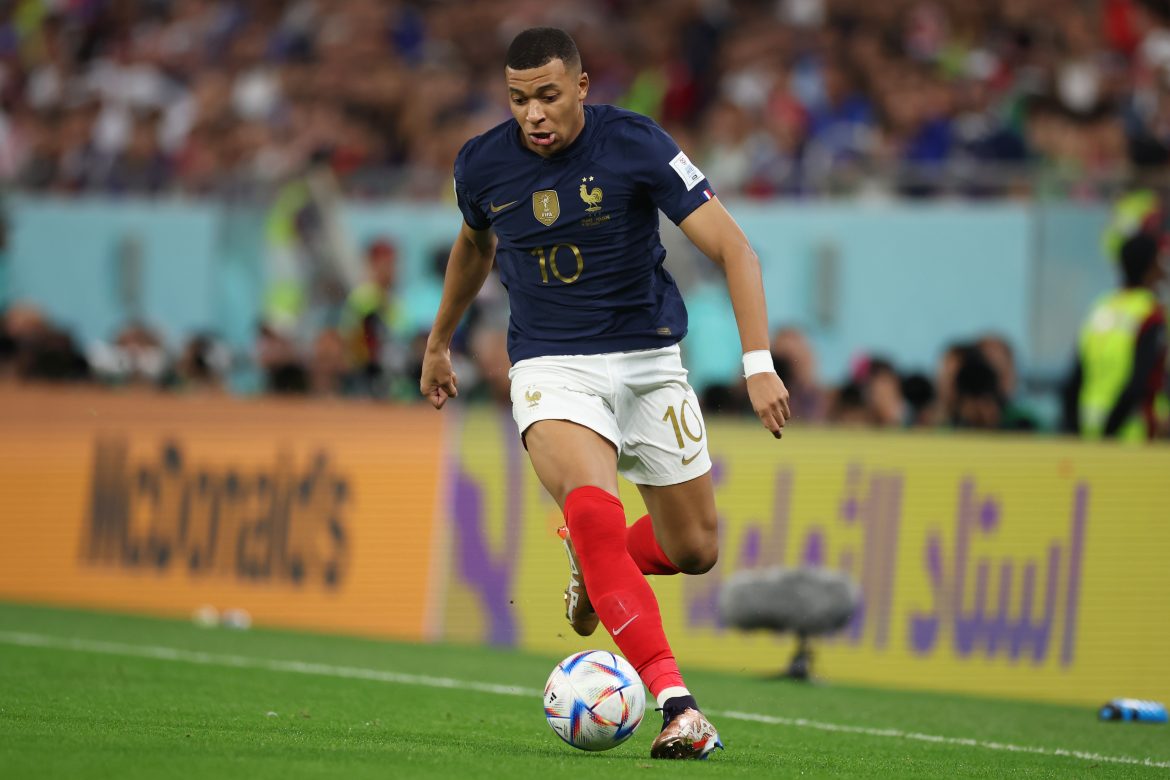 RMC via AFP report this evening that the French national team are back to their full complement in this evening’s training session, with Kylian Mbappé notably back after missing yesterday’s outing.

The forward had instead spent the session in the gym for a “classic” recovery session, while the other 23 players took part in light training after being granted a rest day. Today’s was behind closed doors, with a source close to the France team indicating to AFP that the Paris Saint-Germain was indeed present this time.

With three days to go until the quarter-final clash against England, the World Cup’s current top scorer – on five goals – appears to be fully operational. It was recently reported that he was carrying an ankle issue, as a result of a knock he took while playing for PSG, which led to recurring pains that notably flared up in the match against Denmark. In any case, he was able to complete the match against Poland, in which he scored an impressive late double.