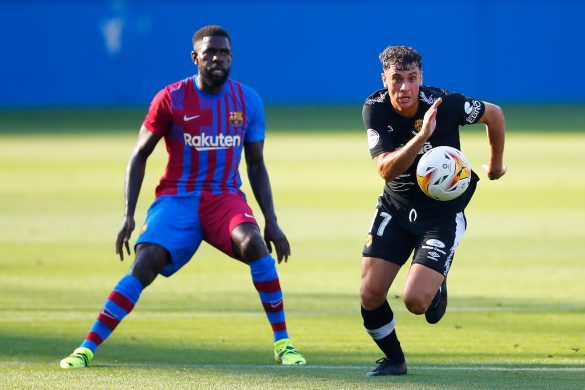 Gianluca Di Marzio has reported that talks are advancing between Lecce and Barcelona over a deal that will see French defender Samuel Umtiti loaned out to the Apulians.

Talks are currently centred around the number of appearances that the ex-Lyon man would have to make before the Serie A side are to pay out a bonus to the Catalans.

Umtiti has seen injury hamper his time at Barcelona after battling through a knee issue to help France the 2018 World Cup, and recently saw his contract renewed to 2026 with reduced wages.

This summer, a move to Rennes emerged as a possibility until fitness concerns halted a deal, while the emergence of Castello Lukeba at Lyon ruled out a move to his former club.

Instead, Umtiti’s next destination appears to be in Italy, with Barcelona reportedly set to pay the entirety of his wages during his time in the south of Italy. The centre-back himself said to be keen on the move and wants to learn about tactics in Italy.