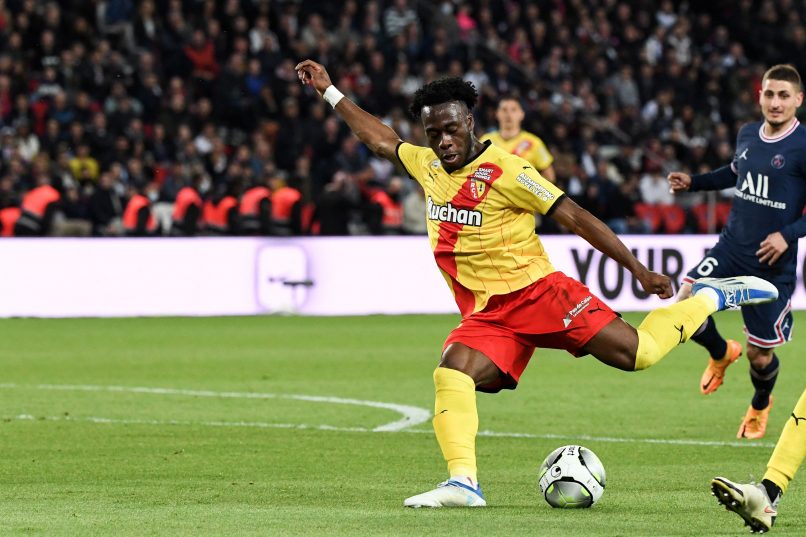 Foot Mercato report tonight that striker Arnaud Kalimuendo, on loan at Lens from Paris Saint-Germain for the last two seasons, will see his new agent meet with his parent club to discuss his future in the coming weeks.

The 20-year-old, who has ten goals this campaign for Franck Haise’s men, is under contract with PSG until 2024 and is ready to extend and stay at the club moving forward.

Nevertheless, the striker has also attracted interest from abroad, with notably Premier League sides Newcastle and Leicester looking at him.

Les Parisiens find themselves once again in a situation where a homegrown young talent could leave – the club will be looking to work out a clear strategy in the coming weeks with regard to on-loan players who are knocking on the door for a place in the first team.

The France youth international, in any case, has gone from strength to strength this season, with 17 league goals in two seasons for an exciting Lens team.