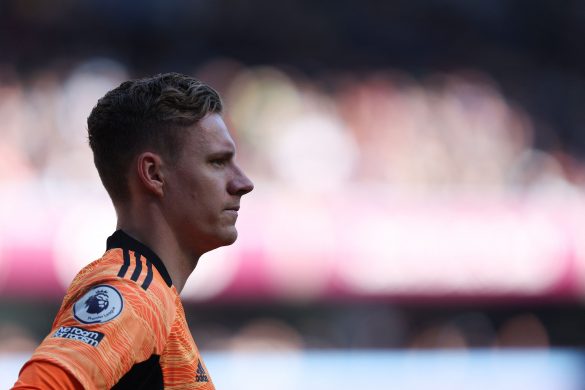 Leicester City are considering Arsenal goalkeeper Bernd Leno and Nantes’ Alban Lafont as potential targets to replace Kasper Schmeichel, who has an agreement in place with Nice, according to sources contacted by Get French Football News.

The Foxes are aware that the Danish international would like to leave the club, with personal terms agreed in principle already. Discussions between the two clubs over a fee have yet to take place, but the move could take place as a free transfer.

L’Équipe had initially reported earlier this afternoon that the goalkeeper had agreed terms with Les Aiglons, having previously asked for time to reflect on the offer. Schmeichel was identified as an alternative target in the wake of the collapse of Yann Sommer’s transfer.

Schmeichel is under contract until the end of the coming season but could be leaving the Foxes after 11 years, on a free transfer. Lafont could be leaving Nantes this summer in the wake of the club’s Coupe de France win, having been offered around to clubs in Europe for €20m by Mogi Bayat, an influential agent who is close to Les Canaris.

France captain Wendie Renard: “The only objective is to win the trophy”