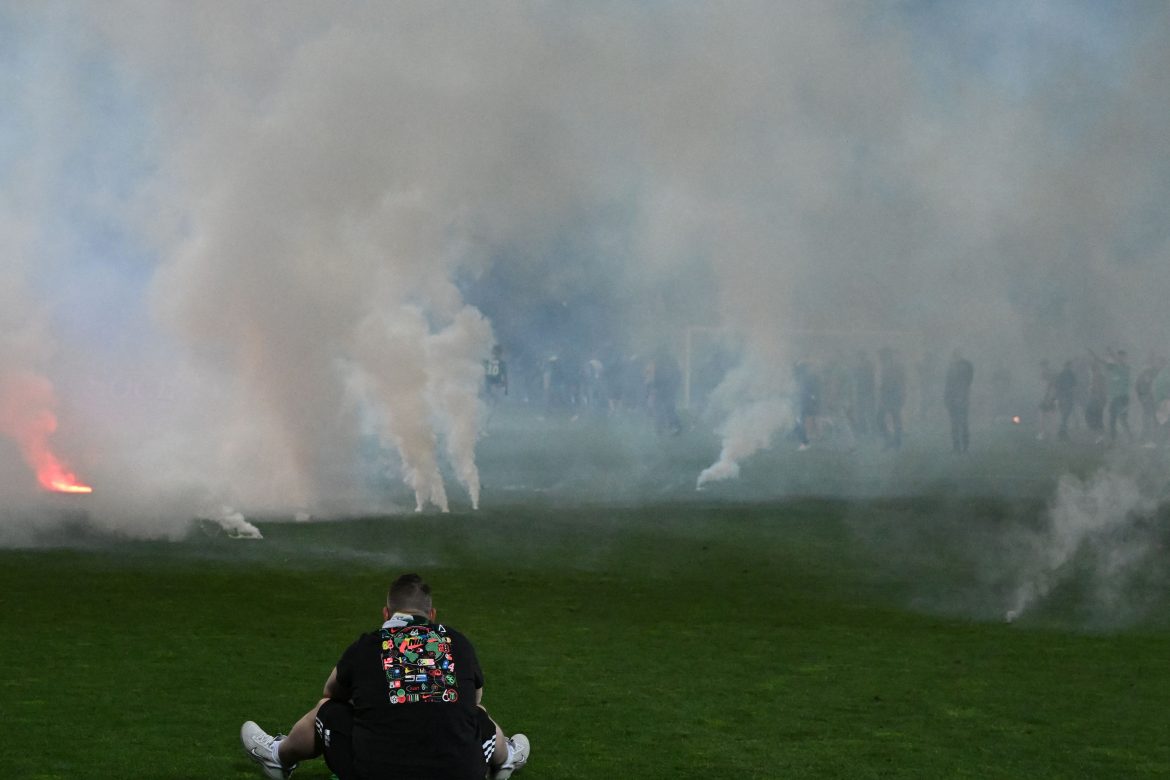 According to RMC Sport, a degree of leniency shown by the league’s governing body could help Saint-Étienne’s proposed sale to American businessman David Blitzer. This comes after yesterday’s decision that Les Verts will face a three point deduction and four games behind closed doors, after the chaotic scenes at the end of the second leg of the promotion/relegation play-off against Auxerre which saw Les Verts relegated to Ligue 2 on penalties (4-5) after a 2-2 draw on aggregate.

David Blitzer is now close to finalising a purchase of Saint-Étienne in the region of €60-80m which is a sum that will cover the purchase of ASSE’s assets, but also the clearance of the club’s debts. The American businessman was awaiting the result of the league’s decision on disciplinary punishment before his multi-club group could move forward with the deal.

Whilst this means that Les Verts will be able to start life in Ligue 2 on sound financial footing – it doesn’t mean that Blitzer has wiped the slate clean in both sporting and administrative costs, and could need to see a return on the club’s debt in the near future. This could come at the detriment of what the American can invest immediately into the playing squad to see the club return to Ligue 1.