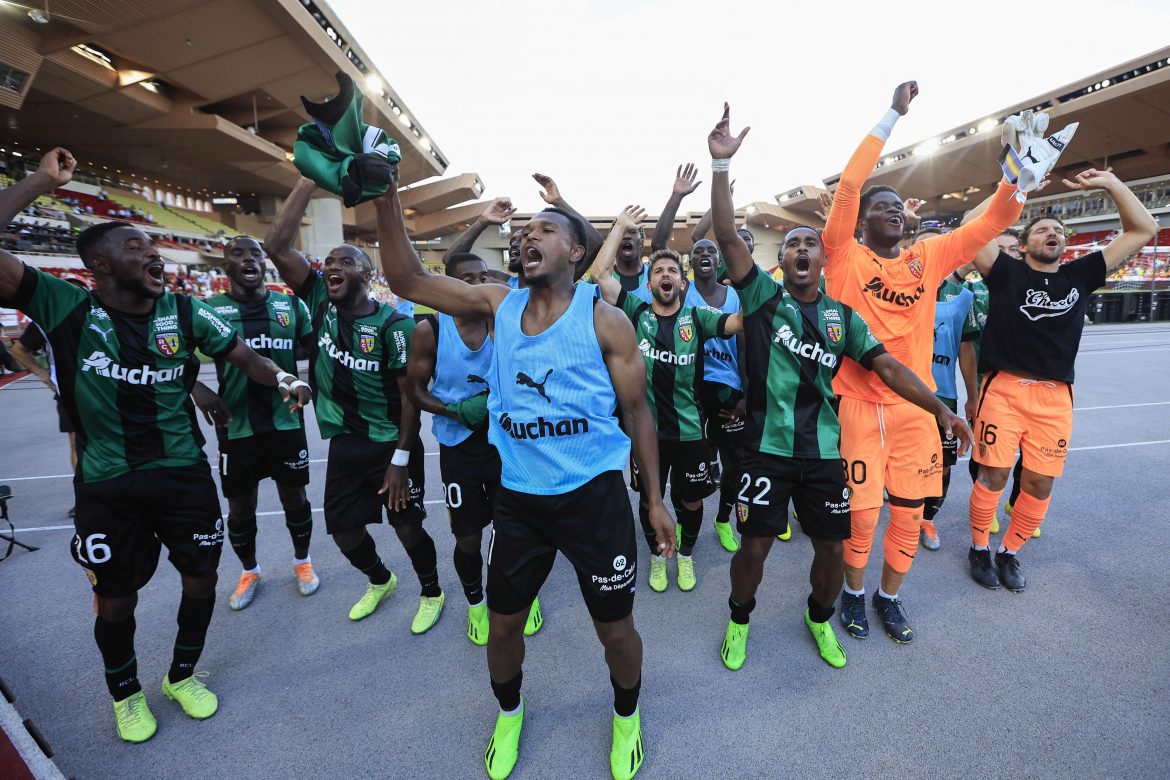 RC Lens eased to a comfortable 4-1 victory against AS Monaco at the Stade Louis II on Saturday to temporarily move top of the table.

Lens started strongly and took an early lead thanks to a Loïs Openda tap-in at the back-post. Franck Haise’s side dominated in the midfield. Seko Fofana, David Costa and Salis Abdul Samed outnumbered Jean Lucas and the diminutive Eliot Matazo to stifle Les Monégasques ball progression.

Monaco did, however, create chances, but lacked the efficiency to capitalise on them. Takumi Minamino forced former Nottingham Forest goalkeeper Brice Samba into a smart save from close-range, and Jean Lucas’s rebound effort was sliced harmlessly wide.

Lens then doubled their lead late in the first half as Deiver Machado robbed Vanderson of the ball before driving into the box and finishing smartly past Alexander Nübel. The deficit was halved almost immediately thanks to a Benoît Badiashile header.

Hopes of a Monaco comeback were dealt a strong blow early in the second half when Fofana emphatically converted his penalty after Breel Embolo was adjudged to have fouled Florian Sotoca in the box, despite very limited contact.

Two goals down, Monaco then found themselves a man down for the second consecutive week when Vanderson was shown a second yellow card. Things then began to get ugly for Philippe Clement’s side as Lens’ energy went unmatched.

Wesley Saïd came off the bench to make it four with a shot past Nübel at his near-post. The Bayern Munich loanee should have done better with the effort, and it capped a poor performance for the German goalkeeper, who only saved two of the six shots he faced.

Lens had chances to further extend their lead, but in an exercise of damage limitation, Monaco kept the score at 4-1. Prior to Saturday’s match, Monaco had been unbeaten in the league since March, but Lens put an end to that run in emphatic style. Lens are also on a long unbeaten run of their own, having not lost since early April, and their latest victory takes them to the top of the table.

Monaco next face PSG at the Parc des Princes, needing to bounce back from the heavy defeat, whilst Lens face next host Rennes.

The Best French Soccer Players In The History of the Game