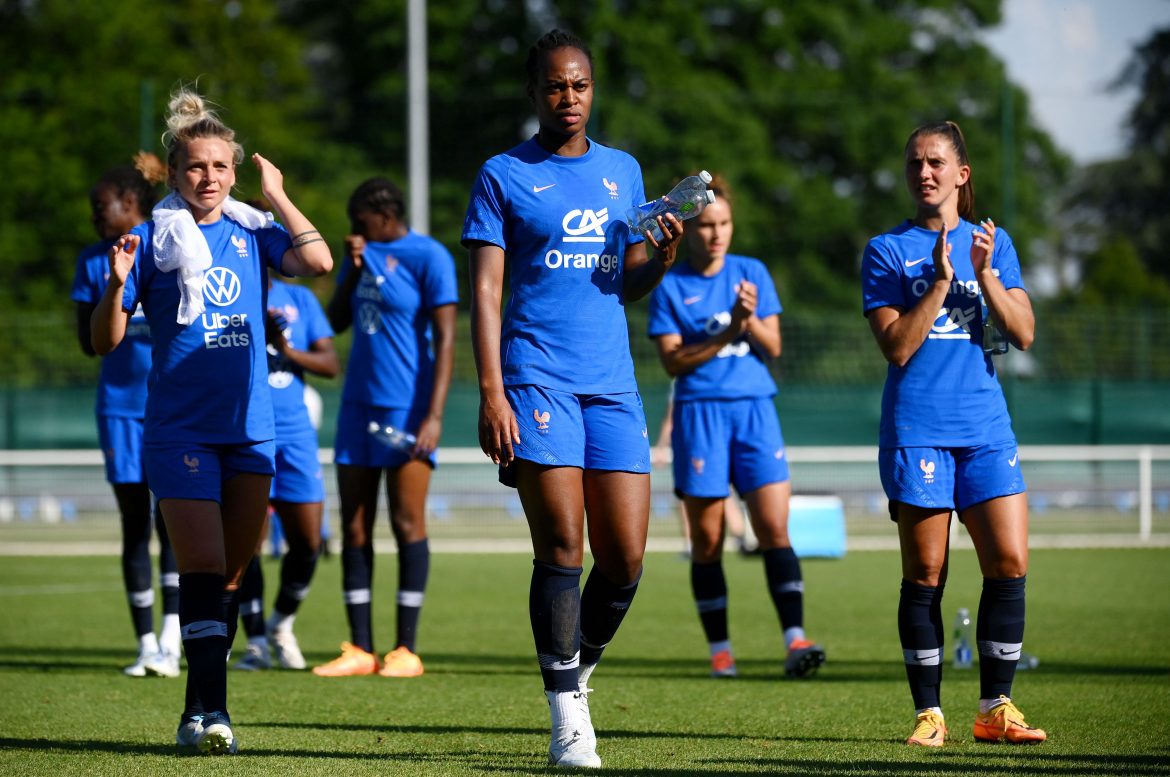 Les Bleues head coach Corinne Diacre has told L’Équipe that her team are in better shape ahead of the UEFA 2022 Women’s Euro’s set to take place in England next month. Grace Geyoro’s injury during training on Tuesday brought back bad memories of the 2019 World Cup, which saw some of France’s best players return fatigued or injured due to the UEFA Women’s Champions League final between Lyon and Barcelona that took place a week after the start of the World Cup preparation camp on 18th May. Les Bleues managed to reach the quarter finals in 2019, and were beaten by eventual winners USA 2-1.

However, Diacre has tried to play down this comparison, stating that “The set-up is completely different from 2019 because the Champions League final took place before the end of the league season […] As a result, we got the whole group back from the first training camp. Working on cohesion with the whole group, which was not the case in 2019, is a very important factor.”

The French physio coach, Anthony Grech-Angelini, also spoke to L’Équipe – suggesting that the team are in good shape whilst a four phased training programme is being put into action:

“The players are not all at the same physical level yet, but we have all 23 players with us and it’s much more practical to organise the recovery, and it’s more consistent […] What is done at the club level is more and more professional,” he explained. “The staffs of the clubs have been strengthened. We get players who are used to working on this aspect. They know their routine very well and know what their body needs.”

Despite PSG midfielder Grace Geyoro’s injury – the squad are fully fit ahead of a vital few weeks of preparation before Les Bleues travel to Rotherham to face Italy in their opening match on 10th July.