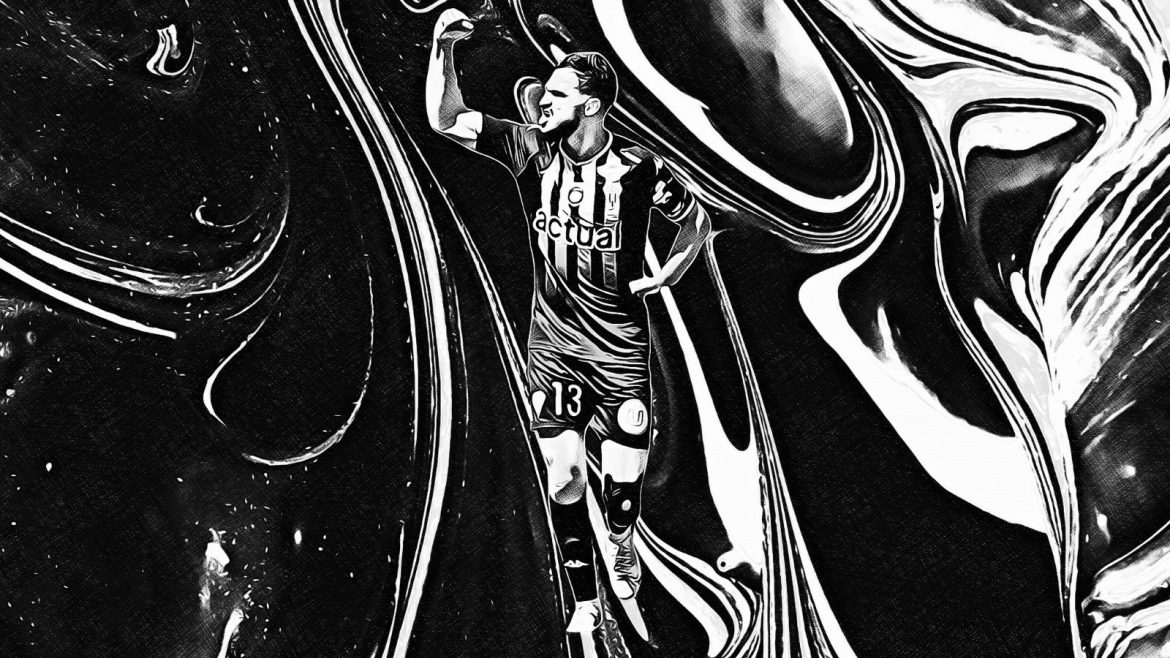 Key Man: Nabil Bentaleb – Having trained with Angers during the latter part of 2021, Nabil Bentaleb signed a contract with Le SCO until 2025. From then on, he played more minutes than any of his teammates bar captain, Ismaël Traoré. Despite a disappointing run for his new side, the former Tottenham midfielder showed glimpses of the talent displayed in his younger years. However, on occasion, his extended period away from top-flight football became clear amid the pace and physicality of Ligue 1. Now taking the armband from the departing Traoré, standards are set high for the Algerian who finds himself as one of the elders in a very different group of players. The midfield of this new look Angers is undoubtedly strong, combining power and guile with youthful exuberance via Azzedine Ounahi, Himad Abdelli and Batista Mendy. The former Schalke midfielder will either play at the base of midfield or as part of a double pivot. Either way, he has a chance to become a new pillar in this team and guide Angers into a new era.

Signing to watch: Yahia Fofana – One of the main reasons for Angers’ dreadful run during the second half of last season was a goalkeeping fiasco. Three keepers played similar minutes over the season and switching from Paul Bernardoni to Danijel Petković in the new year factored heavily in the club’s downturn. Anthony Mandrea’s performances in the final few months helped secure Ligue 1 status before he left on a free transfer to Caen. However, Angers were busy snapping up young talents from Ligue 2 on pre-contract agreements last winter, including goalkeeper Yahia Fofana, who enjoyed a superb breakout campaign for Le Havre. Despite his lack of top-flight experience, Le Havre have serious pedigree in developing stars of the future, from Paul Pogba to Steve Mandanda. In pre-season, the young keeper hasn’t convinced, however, which could lead to a battle with Bernardoni for a starting place. Les Scoïstes will be hoping that Fofana continues to develop and becomes the answer to a problem position that Angers that have struggled with for far too long.

Squad Analysis – After the departure of iconic head coach, Stéphane Moulin, and several key staff last summer, many questioned Angers’ Ligue 1 safety. Now, after saying goodbye to four of the five veterans who made up the core of the side over the last seven seasons, doubts have intensified, especially with four teams being relegated this season. Significant turnover within the playing staff means that only eight of the 20-man squad who featured on the final day of last season remain. A major overhaul targeted promising youth talents alongside the experience of Clermont defender Cédric Hountondji and Miha Blažič of Ferencvaros in an attempt to replace the character of the departing veterans and continue the club’s values. All this took place while operating on a tiny transfer budget, with many new signings arriving for free. Re-configuring and solidifying the first team successfully will be incredibly important if Angers are to survive in Ligue 1 in this new era.

Strengths – Ligue 1 games often centre around the midfield battle and the midfield stability of this new-look Angers outfit is likely to be the focus this season. The experience of a now fully prepared Bentaleb alongside Ounahi and Mendy, who produced solid first seasons in top-flight football and attracted the attention of Lille and Lens, will be complemented by the versatility of new signing Himad Abdelli from Le Havre and the last remaining veteran, Pierrick Capelle. With a lack of options after inheriting Moulin’s aging side last summer, new coach Gérald Baticle attempted to craft a setup that he stated wasn’t his preference but one which most suited the players at his disposal. This time around, Baticle has the opportunity to develop his preferred setup with a rejuvenated and more suitable squad to work with.

Weaknesses – Such broad change raises questions over the quality of those tasked with replacing a proven and reliable group of players. While recruitment has been in full swing this summer, there are still areas of concern, with no discernible third-choice central defender added after the departure of Enzo Ebosse to Udinese, for example, and Baticle has made a point by playing players wildly out of position in pre-season games to cover holes in defence. Without talisman Sofiane Boufal, who’s still recovering from injury, until late August, attacking options look weak. Angers will hope that Adrien Hunou can make an impactful return to France and loan signing Abdallah Sima continues his good pre-season form. However, the quality of options then takes a nose dive with Loïs Diony and Marin Jakoliš struggling. Angers’ sporting director, Laurent Boissier, has confirmed the club are chasing another attacking signing but, with minimal financial resources, Boissier will need to be shrewd, and fortunate, to pick up a strong alternative before the end of the window.

Verdict – In previous years, Angers relied on Stéphane Moulin to guide them to a comfortable position in Ligue 1, alongside the performances of their experienced elders. Now, without either, this side will have to forge a new identity as they head into what could be their toughest season since returning to France’s top flight. The club is banking on a lot of tricky decisions working out for the best and a strong start to the campaign. However, unlike many previous years, the Angevin strength may lie in the second portion of the season as this squad begins to gel. Baticle’s performances also carry a huge weight. Last season he was criticised for his perceived stubbornness in sticking with the same formation, despite a poor run of form, and his passive touchline presence that cost his side points. In the 21/22 season Angers averaged 1.84 points after taking the lead in games, the lowest of their seven years in Ligue 1. While the big story for Angers heading into the season is their squad overhaul, Baticle improving is just as crucial.