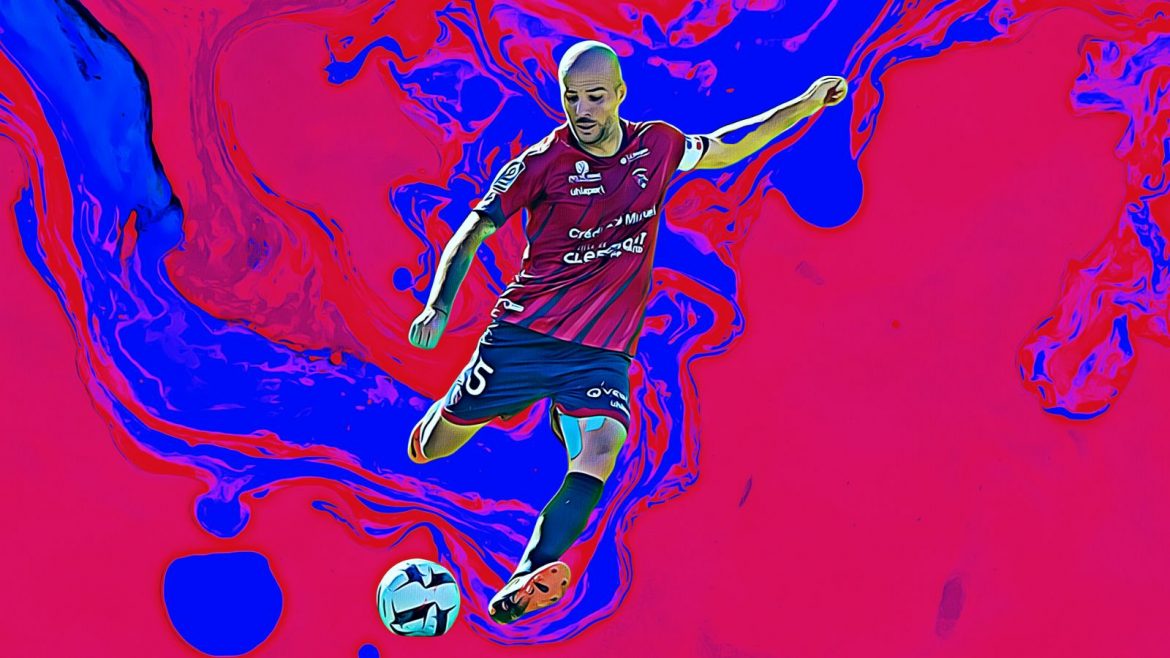 Key Man: Florent Ogier – Aside from 33-year-old veteran defender Florent Ogier, Clermont start the season with a completely reconstituted defence. Last season’s flying full-backs, the now departed Vital N’Simba (Bordeaux) and Akim Zedadka (Lille) became a low-key yet impressive success story last season, but this area of the team is now largely under construction and something of an unknown. Ogier, a streetwise, solid if one-dimensional defender by Ligue 1 standards will have to direct three newcomers. New right-back Mehdi Zeffane at least has Ligue 1 know-how but he’s meandered his way around Russia and Turkey since leaving his fringe role at Rennes in 2019. New goalkeeper Mory Diaw, a PSG youth graduate, was relegated with Lausanne in Switzerland last season, as was new left-back Neto Borges with Tondela in Portugal. Ogier’s new centre-back partner, Mateusz Wieteska, at least has handy European experience with Legia Warsaw and a Poland cap. Ogier, meanwhile, will be tasked with finding cohesion within this eclectic new group despite various language barriers. Although a wiley campaigner, as with many of the team’s senior players, coach Pascal Gastien is likely asking far too much of Ogier. If Clermont stay up, it’ll be because Ogier succeeded.

Signing To Watch: Maxime Gonalons – Having lost top scorer Mohamed Bayo’s 14 goals to Lille, Clermont will need to improve defensively if Gastien’s side are to stand any chance of survival. Now 33, after a tour of Europe via Roma, Sevilla and Granada, former Lyon midfielder Maxime Gonalons will be crucial to the effort. With the coach’s son Yohan an able partner at the base of midfield, the expansive Clermont of last season will likely have to be reigned in significantly due to decreasingly quality and Gonalons’ calming influence and technical ability will be needed to tighten and pacify a previously porous back line that conceded 69 goals last term. His is Clermont’s sole major signing this summer, a concern for a team that only mustered 36 points last year, and his 242 Ligue 1 appearances represent a sizeable chunk of Les Lanciers’ top-flight experience. It’s a tall order for the Frenchman, however, as, despite his quality, he’s noticeably slowed in recent times and he’ll need more support to arrive before the end of the window if his club are to have a realistic chance of staying up.

Squad Analysis: Despite keeping largely the same squad that won promotion to Ligue 1 for the first time in the club’s history two seasons ago, Clermont enter this season even weaker than they started the last. After a strong start, they narrowly avoided relegation – although their 17th place finish would mean automatic demotion this time around – as they were quickly found and picked part. In a completely overhauled, and increasingly questionable-looking, defence, they lack depth and experience. Although their midfield has been strengthened by Gonalons, replacing the assured Salis Abdel Hamid who left for Lens, many of his partners like Saif-Eddine Khaoui and Yohan Magnin lack Ligue 1 quality. There are pacey, skilful if flaky options in the wider forward areas via Jim Allevinah, Jodel Dossou and Elbasan Rashani, all of whom had their moments last season, but such a weak team behind them will make it difficult to provide the same consistent stream of openings. Despite a handful of highlights, Gastien’s group resembles a Ligue 2 squad, and an average one at that.

Strengths: Gastien was credited with sticking to his guns last season, continuing with the same style that carried Clermont to promotion to Ligue 1. His side were usually bold and always unfazed by the league’s more illustrious actors, imposing themselves in midfield and using the ball neatly, progressively and precisely, especially out wide. The main components of that move construction remain and the intelligence and technical wherewithal of Gastien (the player), Allevinah, Dossou, attacking midfielder Jason Berthomier and Rashani suggests that Clermont are capable of creating chances and keeping possession better than their direct rivals, despite losing their base from which to build. Meanwhile, taking any chances that arrival is another matter.

Weaknesses: Without Bayo, who was responsible for many of the club’s more memorable moments last term, Gastien’s attacking options are thinning. Although Allevinah and friends are capable of creating moments, replacing the 14 goals Bayo managed last season – the most in the bottom half of the table – seems impossible as things stand. Andric Komnen joined from Dinamo Zagreb as a replacement but his 12 goals in 42 games there doesn’t inspire confidence.

Verdict: Clermont were fortunate to stay up last season. If the season had been a couple of games longer they likely would have continued their inexorable slide down the table and through the Ligue 2 trapdoor. A smash and grab start of two wins and two draws from their opening four games effectively kept them up. This year, however, the element of surprise has gone and four automatic relegation spots seems to make an even weaker squad’s task close to impossible. First up: Lionel Messi, Neymar and PSG.