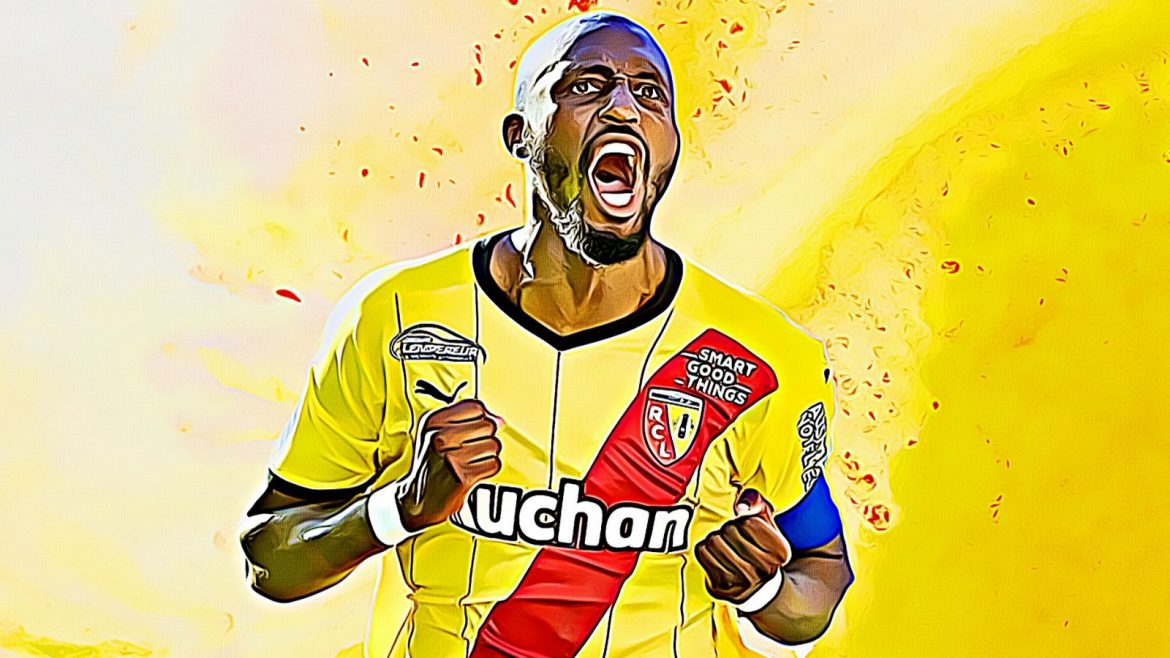 Key Man: Seko Fofana – Having become the first non-PSG player to win the GFFN 100 earlier this year, if Lens were reliant on any one player it would be Seko Fofana. The driving force behind the recent success of the Sang et Or, Fofana will have to step up once again after the departure of his midfield partner Cheick Doucouré, who Fofana often lauded in interviews, to Crystal Palace this summer. Last season was fruitful for Fofana, who finished within L’Équipe’s top 10 rated players and was named in the Ligue 1 Team of the Season after starting a total of 41 games and scoring 10 goals from central midfield. The Ivorian is often decisive for Lens and favours dribbling and longshots to apply his potent attacking threat but this season will be more challenging after the loss of Doucouré as well as right-wing-back Jonathan Clauss to Marseille, another key Lieutenant. The 27-year-old will find himself stretched between his defensive and attacking responsibilities after he struggled in the latter stages of last season, noticeably fatigued after the pressure of being Lens’ all-rounder so long. If new midfield signings can support Fofana’s attacking presence with enough defensive cover then the Ivorian could replicate his 2021 form this season, although, as it stands, that’s not a certainty.

Signing To Watch: Loïs Openda – As Arnaud Kalimuendo returns to his parent club after a successful two-year loan spell, the signing of Belgian forward Loïs Openda is designed to fill the PSG man’s boots. The 22-year-old was sent out on loan to Dutch club Vitesse Arnhem from Club Brugge and managed 28 goals in 66 Eredivisie games over the last two seasons, hitting the back of the net on 37 occasions over 88 appearances in all competitions while adding 11 assists. Openda is a potent poacher with quick reactions and a deadly striker’s instinct as well as an ability to carry the ball and be a threat from set-pieces. His last-minute finish to beat Inter Milan in pre-season will have been a confidence-booster for the Belgian and Franck Haise as Lens prepare for life after Kalimuendo.

Squad Analysis – An unbeaten pre-season has maintained positivity around the club ahead of the new season, and Lens have more than one reason to be feeling confident ahead of their opener against Brest. Unlike nearly every other French club, RCL got their summer recruitment sorted early, signing proven Ligue 1 experience as well as managing to lure away Nottingham Forest’s promotion-winning goalkeeper Brice Samba, who should guarantee solidity. The signing of Jimmy Cabot from Angers provides a steady replacement for French international Clauss on the right wing, while fellow arrival, former Clermont man Salis Abdul Samed, also proved his quality at Ligue 1 level last season. The side still have solid foundations and have enough fighting spirit and tenacity to keep their successful 3-4-1-2 set-up dynamic enough for a third shot at a European spot after two consecutive seventh-placed finishes following their return to Ligue 1.

Strengths – Whilst Lens’ success last season was built upon an unstoppable midfield partnership between Doucouré and Fofana, their success was enabled by Frank Haise’s adventurous system which maximises his squad’s talent. They will be notably weaker in midfield without Doucouré, but the foundations of success are still there, coupled with a strong mentality and an enterprising style of play that Ligue 1 sides are yet to shut down regularly.

Weaknesses – Kalimuendo’s return to Lens for last season proved crucial to an otherwise bare-looking strike force. Although more of a facilitator, 31-year-old Florian Sotoca still has the quality to threaten in Ligue 1 but will be gladly aided by the arrival of Openda, who offers an element of pace up-front. The big question is in midfield and whether any Lens midfielder can replicate Doucouré’s vital defensive work – can Abdul Samed slot seamlessly into that position? He performed well against Inter Milan and West Ham in pre-season but translating those positive performances consistently at the top end of Ligue 1 is a different prospect entirely. Crucially, Fofana’s ability to charge forward will be greatly affected by Abdul-Samed’s performances, one way or the other.

Verdict – After missing out on European football on the final day last season, Lens will be hoping to build upon their swashbuckling seventh-placed finishes in the last two years. However, with the departure of some key players and European rivals strengthening further, Haise’s first priority must be stability, but Lens will likely again have the potential to kick on and finish in and around those European places once more.