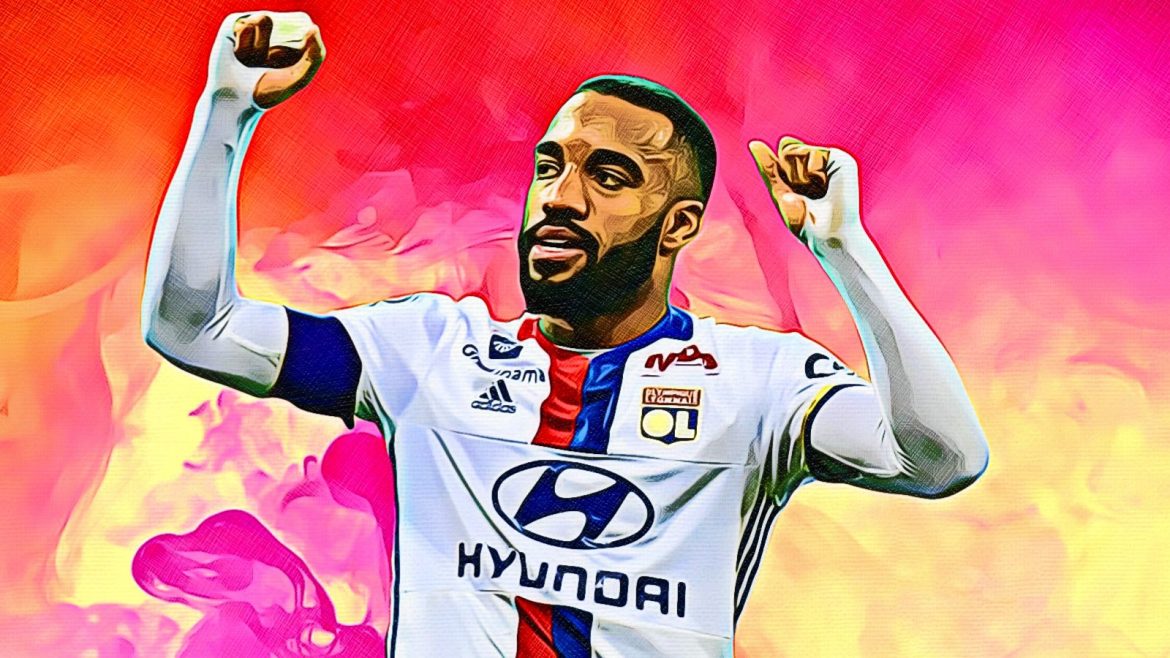 Key Man: Maxence Caqueret – Having extended his contact to 2027, there’s an overwhelming feeling that Maxence Caqueret is central to a new era at Lyon and his performances over the last couple of years prove why. Last season, OL were a noticeably stronger side with Caqueret at the heart of midfield. The 21-year-old’s importance can be overlooked when the likes of Lucas Paquetá catch the eye but, without Caqueret, it’s unlikely Paquetá would be able to hit such highs. Comfortable featuring in a two or three man set-up, the Venissieux-born midfielder is responsible for the majority of defensive interventions in midfield and is a vital cog in ball progression, completing 25 pressures and over 5.5 tackles and interceptions per 90 minutes last season. Partnered with Bruno Guimarães before Christmas, ball progression wasn’t a key task for Caqueret but after the Brazilian’s departure he expertly adapted his role to launch attacks with impressive dribbling numbers and progressive pass totals. Caqueret’s all-seeing, all-doing midfield performances could be key to any return to European football for OL this season.

Signing to Watch: Alexandre Lacazette – The General is back and OL fans are rightly excited about the return of their hometown hero who scored 129 goals for the club before he switched the Rhone-Alpes region for North London. Lacazette’s record in Ligue 1 of 100 goals and 32 assists in 203 games speaks for itself and his arrival significantly improves Lyon’s attacking powers. Having lost his shooting boots at Arsenal towards the end of his time in London, spending time in a number ten role – which is something Bosz hasn’t ruled out at OL, it will be interesting to see how the 31-year-old works in tandem with, or in competition with, last season’s top scorer Moussa Dembélé and if the French international can rediscover his best scoring form in Ligue 1.

Squad Analysis – After an eighth place finish last season, this transfer window is pivotal if the club are to recover and look towards European qualification once more. So far, OL’s summer business has been smart. Returning heroes Lacazette and Corentin Tolisso offer much-needed experience, quality and leadership to a young team built upon the success of the club’s youth system. The academy will continue to play a key role with graduates such as Caqueret, right-back Malo Gusto and centre-back Castello Lukeba all set to take on more responsibility. With a range of experience and talent, the task of building cohesion and consistency lies with coach Peter Bosz. The Dutchman trialled his preferred 4-3-3 at times last season before switching to a 4-2-3-1 due to his side’s quality in attacking midfield, but there was a lack of style and direction at times. Balancing his keenness to press, attacking intent and defensive security will be key if Bosz is to be a success in France.

Strengths – OL’s strength lies in an array of attacking options. With Lacazette returning and Dembélé remaining for now, Lyon boast two high-quality strikers. Brazilian forward Tetê re-signing on loan also adds another option on the wing with the likes of Romain Faivre expected to be more settled after some inconsistent from following his January move from Brest and teenager Rayan Cherki predicted to finally have a breakout year. Karl Toko-Ekambi also remains a genuine threat. Lyon’s midfield has been acclaimed as Ligue 1’s best in the past and the attacking options of Paquetá and Jeff Reine-Adelaide, who returns from long-term injury, alongside more all-round midfielders such as the returning Tolisso, youngster Johan Lepenant, who joined from Caen this summer, and Caqueret paint a pretty picture in that area of the pitch for Les Gones.

Weaknesses – During pre-season, Bosz expressed his concern over the lack of a natural and experienced number six who will aid Caqueret and help dictate tempo. Unconvinced over giving 19-year-old Lepenant such responsibility and Tolisso’s suitability for the role, this could be a potential stumbling block as Bosz looks to build his ideal midfield. Nicolas Tagliafico solves issues at left-back but gaps still exist across the defence, particularly in the centre. With Jason Denayer gone, Jérôme Boateng out of favour and Damien Da Silva looking to move on, Lyon are left with two natural centre-backs in Lukeba and Sinaly Diomandé plus converted midfielder Thiago Mendes. The departure of club captain Léo Dubois to Galatasary also leaves just one recognised right-back. As it stands, Lyon head into the season more than a little top-heavy.

Verdict – Lyon have improved this summer overall and the arrival of new owners has brought renewed optimism around the club. It could be a case of hometown glory for OL if the academy graduates and the returning duo of Lacazette and Tolisso are able to find their feet early. It remains to be seen, though, if Bosz can get the best out of this squad, with last season becoming a rather underwhelming first campaign for the former Leverkusen boss, who was fortunate to keep his job. Bosz has to find a balance and cohesion if he wants to avoid a repeat and renewed pressure over his position at the Groupama Stadium. Impressive attacking quality will surely see Lyon compete for the podium but defensive insecurities could be their downfall and mean they could just miss out.

PSG want €20m for Leandro Paredes but his...