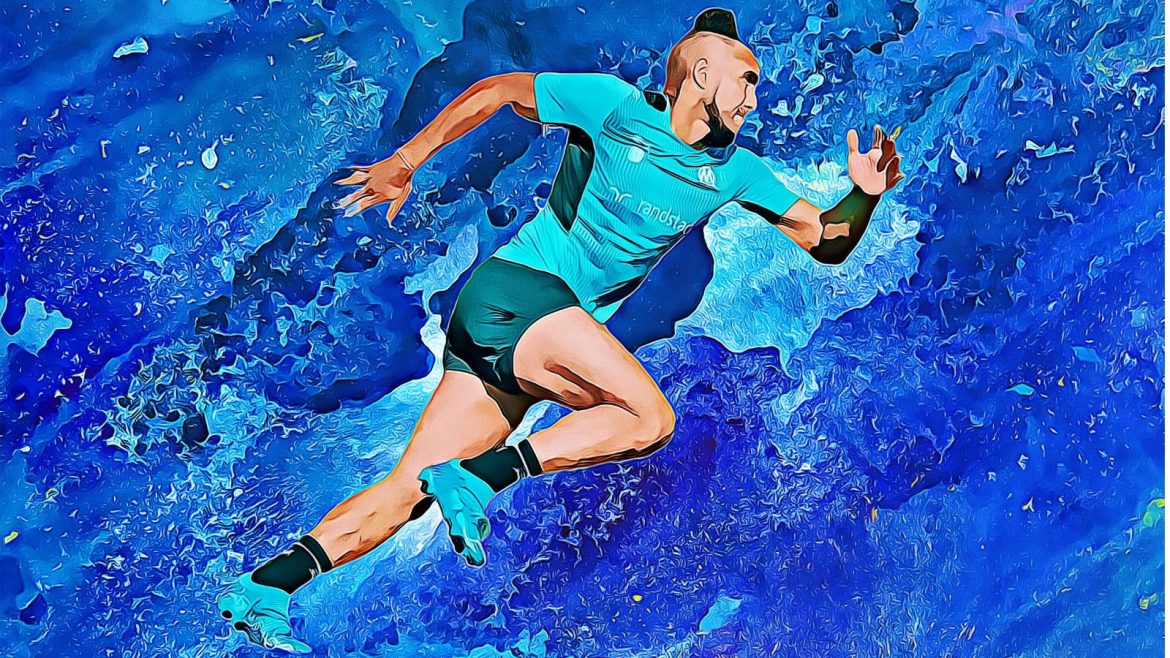 Key Man: Mattéo Guendouzi – Last year GFFN named Dimitri Payet as Marseille’s key player for the 21/22 season and, after he contributed to 22 Ligue 1 goals, it may come as a surprise that Mattéo Guendouzi has surpassed him as Les Phocéens’ key man this year. However, the 23-year-old played more league minutes for OM than anyone else bar his former Arsenal teammate, William Saliba, and 600 more than Payet, quickly established himself as a leading figure in the dressing room. Marseille president Pablo Longoria made the midfielder’s move permanent for £10m this summer, a steal considering the former PSG youngster contributed to 10 league goals and topped the squad for various metrics such as progressive passes per 90 according to FBRef. He played at both ends of midfield but excelled positioned closer to the attack. Payet will always provide his magic in big moments and, in a squad that was the sixth youngest in France last season, the oldest player in the dressing room will need to continue providing leadership. Guendouzi may lack Payet’s experience but his ego was well-directed by former coach Jorge Sampaoli and he also offers leadership and creativity that could help boost the attack under Igor Tudor.

Signing To Watch: Jonathan Clauss – Linked to many clubs over the past three months, right-wing-back Jonathan Clauss was somehow captured by Marseille for just €7.9m despite Transfermarkt valuing him at double that. Even a valuation of €15m feels too low for a player who finished 15th in Europe for assists with 11 in the league last season. The 29-year-old was also capped by France for the first-time in March after an endearing reaction to Didier Deschamps’ announcement was captured on film by his teammates. He has a real shot of starting at the World Cup in November and could benefit from the tactics under new coach Igor Tudor, who inspired his first-choice wing-backs at Hellas Verona to 17 Serie A goals last season. With the speed, accurate crossing and underrated defending the Frenchman provides, Clauss’ stock looks set to continue rising in southern France.

Squad Analysis – If last season’s summer transfer window was seen as busy for Marseille, this year’s has simply been frantic although not entirely successful. It got off to a good start after a transfer ban imposed in January was postponed until at least October. All was, and is continuing to be, done to see Arsenal defender William Saliba return in some form, even though he looks set to star in north London, while loans for Pau López, Cengiz Únder and Arkadiusz Milik were all made permanent. Central defence was reinforced by young prospect Isaak Touré (19) from Le Havre as well as experienced heads Samuel Gigot and Chancel Mbemba, but that wasn’t enough to keep Sampoli from resigning in frustration over the lack of ambition. Since his departure and Tudor’s arrival, Spanish striker Luis Suárez arrived from Granada before Clauss and Mbemba’s free transfer from Porto. Despite all that, Boubacar Kamara hasn’t been replaced at the base of midfield while key targets like Axel Witsel and Mohamed-Ali Cho slipped through OM’s fingers.

Strengths – Last season, neither Marseille’s attack or defence stood out amongst Europe’s big five leagues, but what mattered was their points haul. They finished 11th in the big five league table, and they only sacrificed a lead for a draw or a loss on four occasions. They were helped by their squad depth, which should serve them well in the Champions League. With the likes of Suárez and Cedric Bakambu ready to provide in attack behind Ünder, Milik and others, OM are well armed to better their 63 goal tally of last season.

Weaknesses – After a second placed finish, Marseille looked to have finally got past the turbulent final days of Andre Villas-Boas’ reign and accompanying training ground invasions by ultras. In Sampaoli, they had a chaotic coach who embodied the spirit of the club and build a squad that, bar a few bumps, seemed harmonious. The enforced change of coach has dramatically raised tensions, especially with the disastrous Champions League campaign of 2020/21 in mind, when they finished bottom of their group. Defeats to Middlesbrough and Norwich in pre-season haven’t done much to calm nerves.

Verdict – It’s hard not to feel like history is repeating itself and that this tumultuous club is set on another self-destructive path but Tudor arrived at Hellas Verona last season tasked with replacing the fantastic Ivan Jurić, another Croatian coach who had taken newly-promoted Verona to ninth and tenth placed finishes. Tudor hit bigger points tallies than in either of Jurić’s and the 44-year-old’s broad coaching experience, ranging from Hajduk Split to Udinese, means he isn’t a rookie either. Marseille may yet turn out to be in safer hands than some fear.