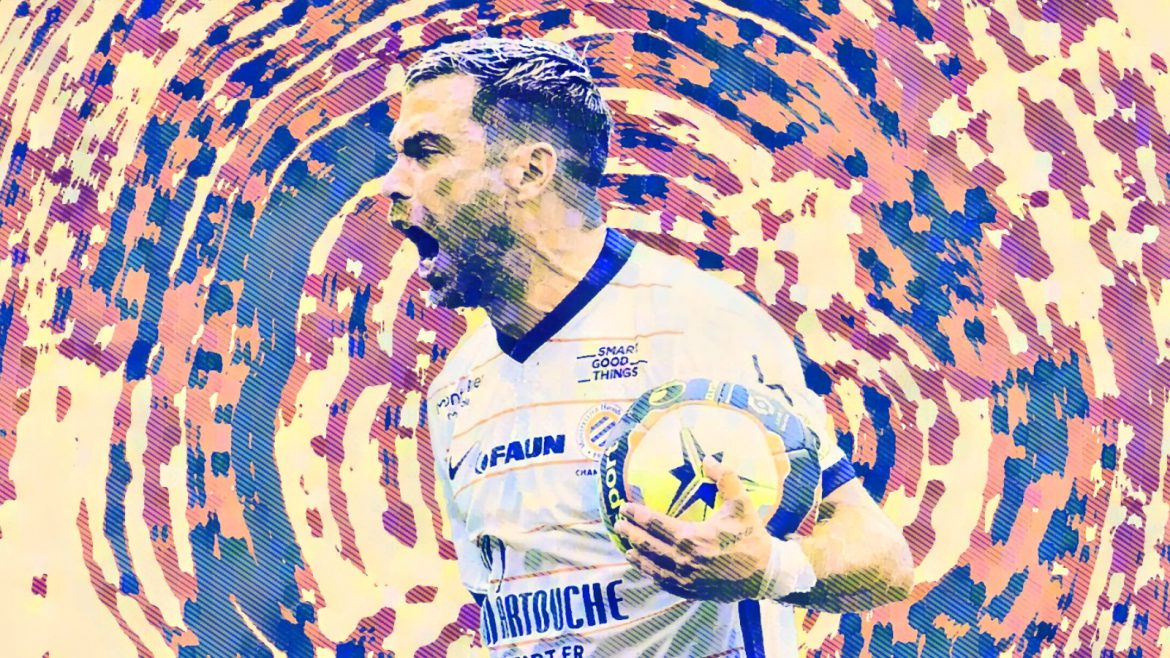 Key player: Téji Savanier – As club captain, Téji Savanier is the cog in the Montpellier machine that makes everything tick, both on and off the pitch. As far as Ligue 1 midfielders go, there aren’t much more exciting than the 30-year-old. Whether it be scoring imperious free-kicks or gracefully linking midfield and attack with a breath-taking pass or piece of sublime skill, Savanier is crucial to Montpellier’s whole style and it’s hard to see how they would function without the Frenchman’s brilliance. Rather than being particularly reliant on physical attributes, it’s the technical side of Savanier’s game that catches the eye. With an eye for a defense-splitting ball, often attempting passes that others wouldn’t even dream of, there aren’t many midfielders in Europe who can be compared to Savanier. This is shown by his 5.85 progressive passes per 90 minutes, his success rate may not be the highest but it’s the Frenchman’s risk-taking nature that makes him so unpredictable and creative. Savanier is effective in the final third too, both via goals and chance creation, and nobody contributed to more goals for Montpellier last season than Savanier’s 15 – eight goals and seven assists. Unafraid of shooting from distance, Savanier can score from almost anywhere. If he can come up with more moments of brilliance and stay the same influential figure in the final third, Montpellier will, again, likely owe any successes to Savanier’s brilliance.

Signing To Watch: Wahbi Khazri – Since Wahbi Khazri made the switch from Sunderland back to France, he’s been vital to both Saint-Etienne and Rennes. With ASSE relegated, the forward has switched Les Verts for the orange of Montpellier and it will be interesting to see what sort of influence he holds under coach Olivier Dall’Oglio. Scoring 10 goals for a bottom three side last season shows that the Khazri will add firepower for La Pallaide, who struggled in front of goal towards the back end of last season. However, with youngster Elye Wahi coming into the new season after his best scoring year, Dall’Oglio has key decisions to make over how to use Khazri in tandem with his plethora of other attacking options such as Englishman Stephy Mavididi. However, considering the influence Khazri held at Saint Etienne and his solid Ligue 1 scoring record of 69 goals and 37 assists in 237 games – many of which were as an attacking midfielder, the 31-year-old’s arrival on a free transfer he could become one of the signings of the season if he’s deployed correctly.

Squad Analysis – Montpellier have held the mantle of being the league’s entertainers in previous years before becoming goal-shy towards the end of last season as they struggled to overcome the losses of front pair Andy Delort and Gaëtan Laborde. After making some neat signings, MHSC’s squad is well-rounded and carries a youthful look, particularly in midfield, where Dall’Oglio will need to find a balance between using the experience of his seasoned veterans alongside some exciting youngsters who will be looking for more first-team opportunities. Again using pacey attacking talents like Wahi and Mavididi to execute his free-flowing style, which received plaudits at Brest, will be key if Dall’Oglio is to improve MHSC’s fortunes after a post-Christmas slump. Montpellier eventually finished 13th having challenged for the European places before the winter break.

Strengths – With the additions of forwards Aranud Nordin and Khazri on free transfers from relegated ASSE, Montpellier are at their strongest in attack since the departures of Laborde and Delort. There was a lack of grit in their performances at the end of the season and they often lacked a clinical edge in front of goal but with Wahi likely to continue improving and Khazri renowned for being a handful for opposing defences and clinical when at his best as well as Mavididi’s graceful finishing and slight-of-foot, MHSC are much more of a threat than last season. Nordin isn’t the most prolific but offers dynamism and speed while adding depth to what could be an imposing front three. The reliable Ligue 1 stalwart Valère Germain offers a useful bench option too.

Weaknesses – Whilst Montpellier look more settled in forward areas, the rest of the pitch creates questions. Jonas Omlin is a brilliant keeper but those in front of him didn’t cover themselves in glory last season. Former Liverpool and PSG man Mamadou Sakho is experienced but has so lacked the gumption to cope with Ligue 1’s best and it is yet to be seen who will form the central defensive partnership with Pedro Mendes, Nicolas Cozza and talented but inexperienced Maxime Estève to choose from. A consistent and complementary partnership will be needed if Montpellier want to create the defensive steel that they’ve been missing. Solid reinforcements in both full-back positions will have a big part to play with former Rennes man Faitout Maouassa and Falaye Sacko, after a successful loan with Saint-Etienne, both arriving with points to prove.

Verdict – Finding their feet early will be key. The end-of-season form last time out became a major concern and, with four teams being relegated this season, MHSC can’t afford a continued slump. Dall’Oglio needs to find consistency with one philosophy compared to constantly changing formations and approaches. If he can rediscover the expansive, free-flowing play that made him a prime candidate for the job at the Stade de la Mosson, Montpellier could pull up a few trees and become a fixture in the top half of the table, but if he continues to tinker without success, Montpellier could yet be pulled into a relegation battle.