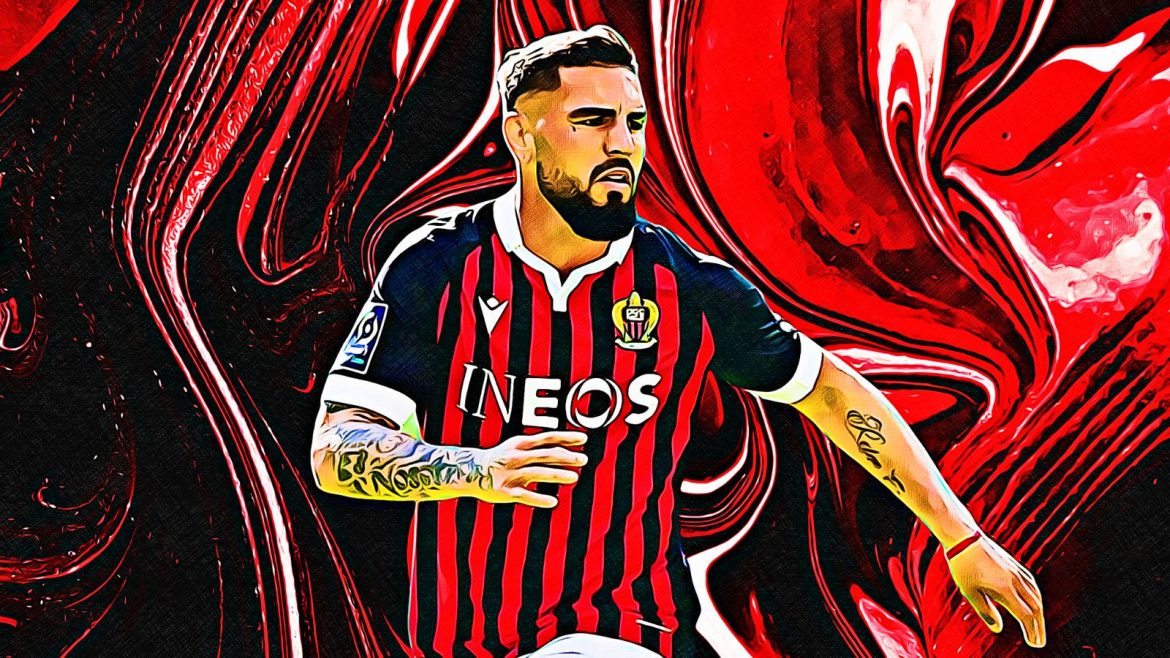 Key Man: Amine Gouiri – Amine Gouiri makes Nice tick. While others, notably Khéphren Thuram, shone towards the end of last season, no one was as influential as Gouiri in the first half of the campaign. When fully firing, Gouiri is Nice’s go-to man to unlock defences. Although he prefers to occupy a more central role, he also drifts wide to a similarly incisive effect. All 10 of his Ligue 1 goals last season came before January as the new year brought a change in fortunes for the France youth international as he grew increasingly ineffective, shackled by coach Christophe Galtier’s rigid system. By the end of the season, he was running into dead ends and being marked out of games while finding himself devoid of passing options. Howeverm, much of that wasn’t his fault and, with Galtier gone, if Gouiri can maintain the standard that he showed from August until January, Nice will have a reliable source of creativity in the final third. Whilst Gouiri could be the differentiating factor in improving on last season’s goal tally, the likes of Thuram and centre-back Jean-Clair Todibo, who together form the spine of the team, need to also maintain their levels if Nice are to improve on last season’s showing.

Signing To Watch: Aaron Ramsey – Prior to this week, Nice’s transfer window activity had been minimal at best. Marcin Bulka, who made his loan permanent, and youth prospects Badredine Bouanani and Rares Ilie were the Riviera club’s only signings. Out of those, Ilie was the most exciting but also the most unknown, arriving from the Romanian top flight without appearing for the Romanian national team. However, it now seems that Nice have overcome the damage that former sporting director Julien Fournier’s departure caused after three signings in three days altered perceptions of Nice’s window. The most intriguing was Aaron Ramsey. The Welshman has been dogged by injuries since joining Juventus on a free in 2019 and only made 69 appearances for the club, scoring six times and registering six assists. A loan spell at Rangers last season didn’t go to plan and he consequently saw his Juventus contract terminated upon his return to Turin. He therefore arrives at the Allianz Riviera without a fee, but with a big point to prove. There’s also the small matter of the upcoming World Cup in Qatar and, if dispelling his yesterday’s man tag isn’t enough to motivate Ramsey, the Welsh international will want to be in top form by the time the tournament comes round. At just 31, Ramsey still has a lot to give and, should the move work out, he has the capacity to help take the club to the next level.

Squad Analysis – Nice are looking light in all departments and, with many linked with departures, their situation could worsen before improving. Kasper Dolberg could move to the Premier League with Brentford interested and Morgan Schneiderlin doesn’t seem to feature in the club’s plans. Walter Benitez left the club upon the expiry of his contract, leaving the inexperienced Marcin Bulka as first choice by default, although Schmeichel could soon arrive. For a Conference League side, just three experienced centre-backs won’t suffice and there’s no cover for Malvin Bard at left-back. Dolberg’s exit would leave just Andy Delort and Gouiri as options up front. The midfield, however, looks nicely balanced. Thuram finished the season strongly and, should he pick up where he left off, he’ll link things nicely in the centre of the park. Pablo Rosario also proved his worth last campaign and Mario Lemina adds some much-needed depth.

Strengths – The arrival of Lucien Favre has signalled a mood change. While also re-energising fans, his influence on the pitch will be felt most. Too much talent looked lost in Galtier’s rigid 4-4-2 system but the freedom that Favre will bring should work to the benefit of many of those players, especially Gouiri and Thuram. Hindsight adjudges his spell in Dortmund to be nowhere near as bad as was first perceived and coming back to Ligue 1, to the club where he shone brightest, could take this group to the next level.

Weaknesses – Where are the goals going to come from? Currently, Nice don’t possess a serial goalscorer, whilst clubs around them have invested smartly in the attacking department – Alexander Lacazette’s Lyon return and Lille’s signing of Mohamed Bayo from Clermont immediately spring to mind, whilst Monaco, PSG and Marseille already possess potent attacking options. Delort finished as the club’s top scorer last season with 16 goals in the league, including two hat-tricks in the final three games of the campaign. Gouiri began the campaign brightly but tailed off in the back end of the season, and Dolberg only scored 6. The attacking line certainly needs strengthening before September.

Verdict – It feels as though almost anything could happen at OGC Nice this season. While it’s entirely possible they could challenge for the Champions League places, as they did for the vast majority of last season, mid-table mediocrity also feels like a genuine prospect. Favre will likely get more out of this current crop of players than Galtier did, at least in an attacking sense, but as simple as it may sound, Nice’s season may be determined by their remaining transfer business. Should few reinforcements arrive, it’s easy to see them struggling with two games a week. However, if they add some much-needed depth and quality, they’ll be much better equipped to tackle those Thursday nights and challenge for a higher level of European competition.