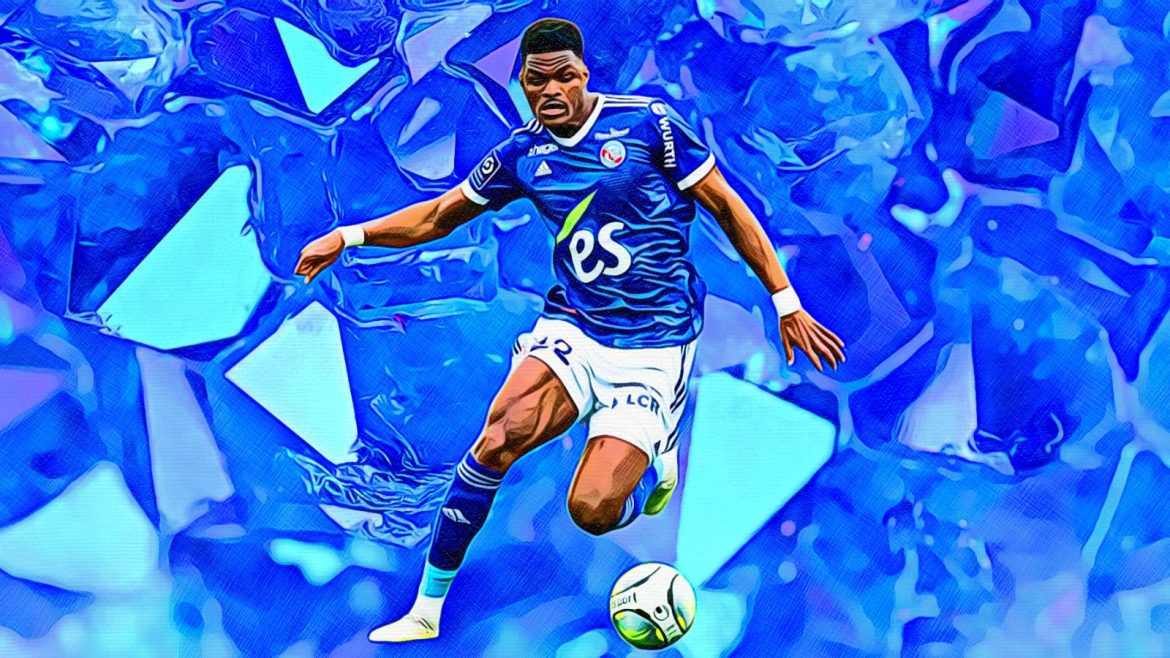 Key Man: Jean-Ricner Bellegarde – With the departure of Ludovic Ajorque likely, Strasbourg will look to attack-minded midfielder Jean-Ricner Bellegarde to become the player he promised to be when he joined the club back in 2019. Despite having arrived to some fanfare from Lens as a member of the French under 21 squad, due to lack of game time and former coach Thierry Laurey’s tactics not quite suiting him, Bellegarde failed to blossom as was hoped. However, having been afforded more game time last season, the now-24-year-old began to show glimpses of real quality. Over the last year, he’s managed 1.47 dribbles completed per 90 minutes, ranking him in the top 7% of Europe’s midfielders, while contributing two goals and three assists from 26 starts last season. This season is his chance to break out of his shell and become the main creative outlet for this Strasbourg team, who will be looking to put last season’s final day disappointment behind them and push on for a European place once more.

Signing To Watch: Colin Dagba – In a similar vein to Bellegarde, after once looking like one of the hottest prospects in French football when he burst onto the scene as a 19-year-old at PSG, the Colin Dagba hype train seems to have been derailed slightly of late. After just two Ligue 1 starts last campaign in Paris, Dagba will be excited to play regular first-team football for the first time since his days in the PSG youth setup. Dagba has the big boots of Frédéric Guilbert to fill who enjoyed two successful seasons on loan in Alsace from Aston Villa. Guilbert has now returned to his parent club, however, and will be a massive loss for the Alsatian club having become a key man in the attacking phase, used to overload the right side. If Dagba can get anywhere near the success that Guilbert enjoyed in coach Julien Stéphan’s right-wing-back role, his season on the banks of the Rhine will be seen as a notable success.

Squad Analysis – Strasbourg have a fairly large first-team squad but lack quality in depth across certain positions. With the departure of Anthony Caci to Mainz, Metz’s Thomas Delaine has arrived to play at left-wing-back but, behind him, there are no other natural left-backs. In recent years, aging club legend Dimitri Liénard has expertly filled in on the left but, at 35, he’s unlikely to keep up such good form for much longer. New loan signing Ronaël Pierre-Gabriel can play there but he’s naturally right-footed. Excitingly however, Strasbourg have a lot of younger talent coming through too with 20-year-old French attacking midfielder Nordine Kandil and 18-year-old Senegalese defensive midfielder Habib Diarra the leading lights this season.

Strengths – In goal, Strasbourg have real quality. Matz Sels asserted himself as one of the best ‘keepers in the league last season, finishing runner-up in the race for the golden glove with 13 clean sheets. In front of him, Strasbourg’s midfield looks strong and deep, with Adrien Thomasson, Bellegarde, Sanjin Prcić and Ibrahima Sissoko all either in or close to their prime years. In Stéphan, Strasbourg have one of the most exciting young managers in European football and, with the way he got Racing playing last season, they are in a great position to build upon a superb sixth-place finish, the club’s best since the 1979/80 season.

Weaknesses – Besides problems at left-back, if Ajorque were to leave, Strasbourg would look a little light up front, although there’s no doubt the Strasbourg recruitment department have their eye on a replacement with Lyon’s Tino Kadewere linked of late. South African striker Lebo Mothiba, after a few years of horrible injuries, no longer looks Ligue 1 quality after an unsuccessful loan spell with Troyes last season while, his quality and experience notwithstanding, Kévin Gameiro recently turned 35. That leaves only Habib Diallo after youngster Moïse Sahi-Dion was loaned to Ligue 2 Annecy for the season.

Verdict – Strasbourg, in their sixth consecutive top-flight season, are a solid side that will no longer be looking to just stay afloat above the relegation scrap. The Alsatians will be aiming to push for Europe once again, as they did last season. Whether they actually can make it into the European places this season is another matter entirely and, after a slow but steady transfer window so far, and Ajorque likely to depart, it’s likely they’ll again miss out by a hair’s breadth.