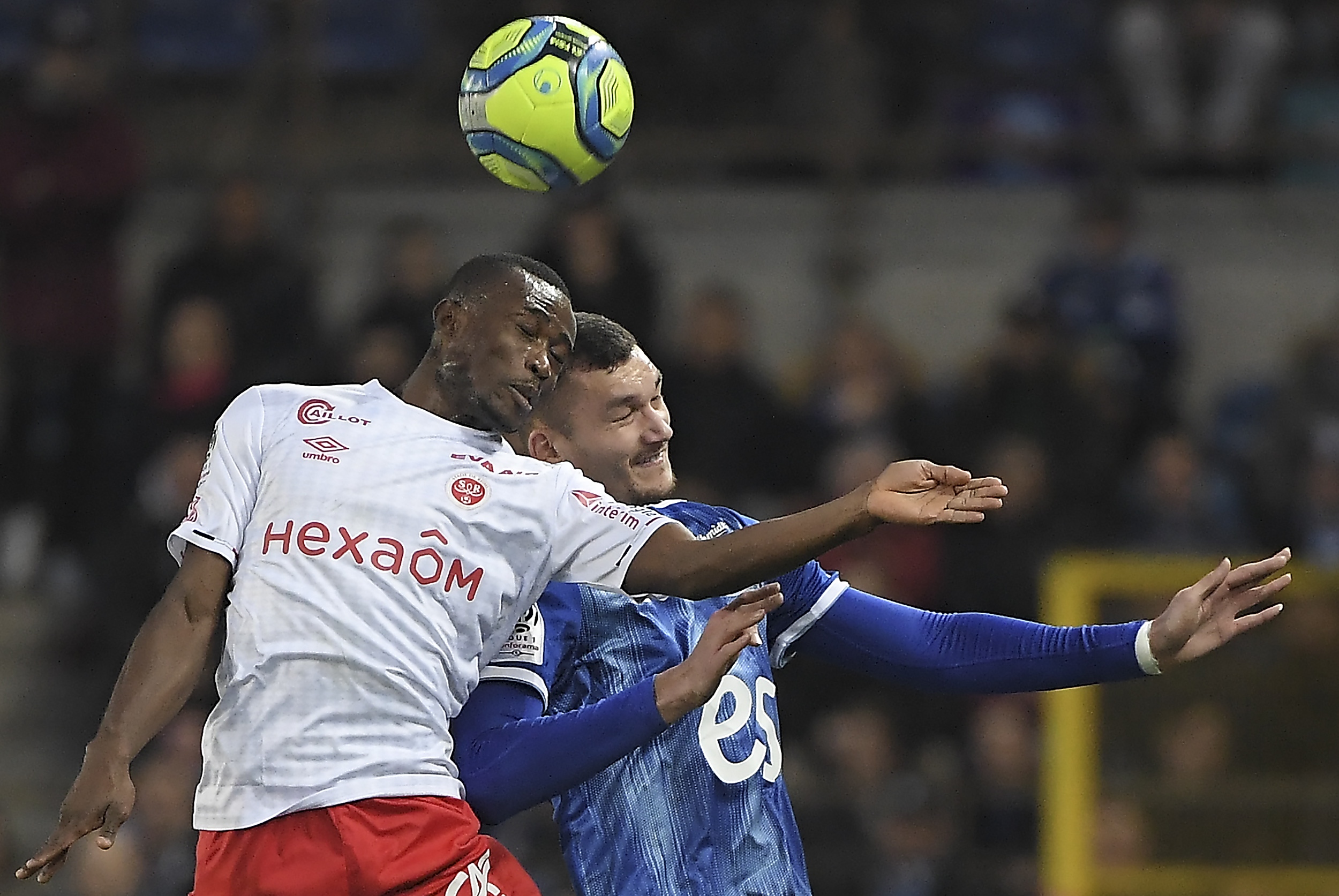 GK, Walter Benítez (Nice) – Made a super snap save from a close range Mounie header in the first half of Nice’s 3-0 win at Brest and added an important double stop just before halftime with Nice down to ten men. Solid but rarely threatened in the second half.

FB, Jonathan Clauss (Lens) – Although his deliveries weren’t always as threatening as they can be as Lens beat Rennes 1-0 on Saturday, he was the game’s most creative protagonist with more than double the shot-creating actions (5) of anyone else and it was he who set up Said’s late winner with a teasing near post cross.

CB, Dante (Nice) – Commanding throughout a game suited to his skill set perfectly as he organised and blocked his way to a clean sheet as Nice sat deep following the sending off but still ran out 3-0 winners.

CB, Gerzino Nyamsi (Strasbourg) – He hit the bar with an early header and was commanding throughout in his defensive work as Strasbourg eased past Metz. With Alexander Djiku away at the African Cup of Nations with Ghana, he assumed responsibility as a leader and was proactive and exacting as the middle of three centre-backs.

FB, Jonathan Gradit (Lens) – Marshalled Rennes’ stacked attack comfortably in Lens’ 1-0 win, most notably Laborde, who was one to be nullified by some excellent positioning and physicality, with the Lens defender continuing his excellent season as one of Ligue 1’s most underrated players.

DM, Issouf Sissokho (Bordeaux) – An energetic and dynamic presence in midfield despite the loss to Marseille, both in pressing to win the ball back and driving forward to create. He led his team in tackles and interceptions with six and created the most shots for his teammates with four.

CM, Bruno Guimarães (Lyon) – It was his superb arrowed long pass that found Paquetá for the early goal in the 1-1 draw with PSG and his use of the ball was neat and precise throughout even if he was afforded very few chances to create.

AM, Lucas Paquetá, (Lyon) – A precise finish opened the scoring early on against PSG after a superb piece of control and, although he was only fleetingly involved overall, his invention and timing on the counter were key to all that Lyon produced in an attacking sense.

WF, Cengiz Ünder (Marseille) – He was helped by Costil’s woeful pass but scored a superb individual goal that won the game complete with a deft first touch, driving run and calm finish as Marseille won at Bordeaux for the first time in 44 years.

WF, Amine Gouiri (Nice) – Quiet for long periods after the sending off but provided an exacting run and deft assist for Delort to make it 2-0 before a glorious run and curling finish for 3-0 in Nice’s smash and grab win at Brest.

ST, Ludovic Ajorque (Strasbourg) – Comfortably had the beating of all three Metz centre-backs, both technically and physically, and was pivotal to Strasbourg’s build-up play, using his size and some deft passing to bring Gameiro and Thomasson into the game. He muscled in to head home a crucial opener and set up Ahoulou’s second with a clever reverse headed ball as his side won 2-0.