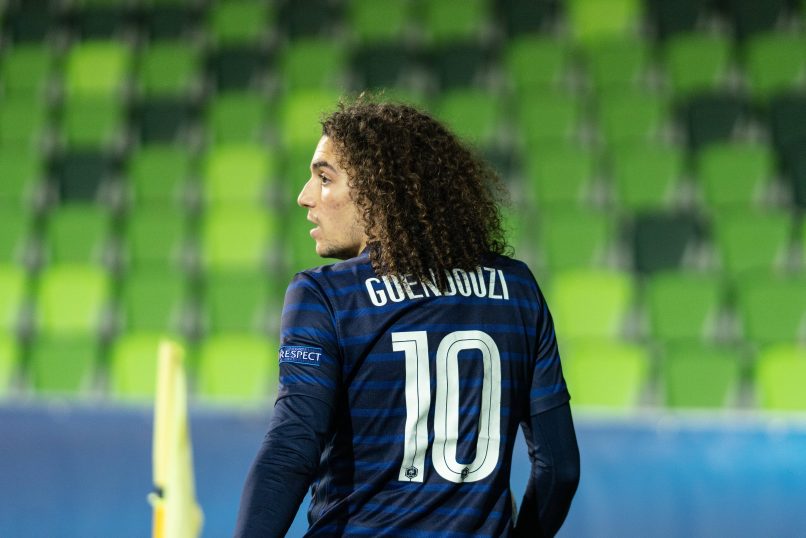 GK, Marco Bizot (Brest) – This was perhaps his best display in France after a shaky first half of the season. He made five good saves in keeping Lille at bay in a 2-0 win, three of which were key – a fist over from David’s clipped effort, a low stop from a Bamba skipping drive and a snap save from a late Ben Arfa spinning shot.

RB, Arnaud Souquet (Montpellier) – A persistent runner and useful outlet on his flank in the dramatic win over Monaco and it was he who created the chance for the first goal by pinching the ball from Henrique in the right-back area before carrying the resulting counter. Made the most defensive actions for MHSC with 17.

CB, William Saliba (Marseille) – Close to his serene, silky best in the controlling win at Lens and made a host of expertly timed interventions, most notably a double challenge to halt a marauding Fofana early on. With much less ground to cover, he enjoyed playing as a more orthodox centre-back in a more rigid back four.

CB, Lilian Brassier (Brest) – Excellent in stepping in for the injured Herelle, leading his team with 15 defensive actions and had little trouble from David and especially Yilmaz, who he blocked brilliantly as the covering defender as the Turk bore down on goal before halftime.

LB, Nicolas Cozza (Montpellier) – Defended clinically and proactively during the win over Monaco and used the ball neatly throughout before creating the winner in injury time via a sharp interception and mazy dribble before slipping in Mavididi. TOTW rules are bent slightly with him having played at centre-back but he has plenty of full-back experience of course.

DM, Aurélien Tchouaméni (Monaco) – Made more than double the shot-creating actions (9) that any other Monaco player, despite defeat to Montpellier, and led his team in defensive actions too (12) which sums Tchouameni up at his best. A delicate dinked cross for Ben Yedder to head in for Monaco’s first was a highlight.

CM, Mattéo Guendouzi (Marseille) – Dominated midfield against perhaps Ligue 1’s most dynamic duo in Fofana and Doucouré with his snarly attitude and some refined passing as OM won at Lens. Stormed forward to win the penalty, one of many clever sorties, and provided a deft assist for Bakambu’s second. He also prevented a certain equaliser with a snap stretching block ahead of Saïd. Superb.

AM, Dimitri Payet (Marseille) – Marseille under Sampaoli just click with Payet as a false nine and such was the case here. He was impossible to pick up and repeatedly split the Lens defence with some excellent passing, especially before halftime. One such shaped channel ball unbalanced Lens to eventually win the penalty before he stroked it home himself.

WF, Amine Gouiri (Nice) – The game’s standout creative protagonist against Metz and should’ve had his Nice side ahead during the first half having put Stengs in or after Caillard saved his swept shot well with an outstretched foot. Eventually, however, it was his precise lofted cross that invited Thuram to open the scoring before he squeezed a dinked penalty home for 2-0.

WF, Stephy Mavididi (Montpellier) – Rifled home a skipping second from the edge of the area, smashed in an injury-time winner and produced the game’s highlight as he slipped between Disasi and Aguilar, forcing them to collide and megging Disasi in the process. His skill and attacking verve made him a constant threat, especially in the first half as Montpellier beat Monaco.

ST, Hwang Ui-jo (Bordeaux) – His brilliant hat-trick in the 4-3 win over Strasbourg could keep Bordeaux in Ligue 1. Nipped in at the back post for number one, beautifully curled in the third and sealed a crucial win a much needed late fourth, rifling home from the edge of the area.