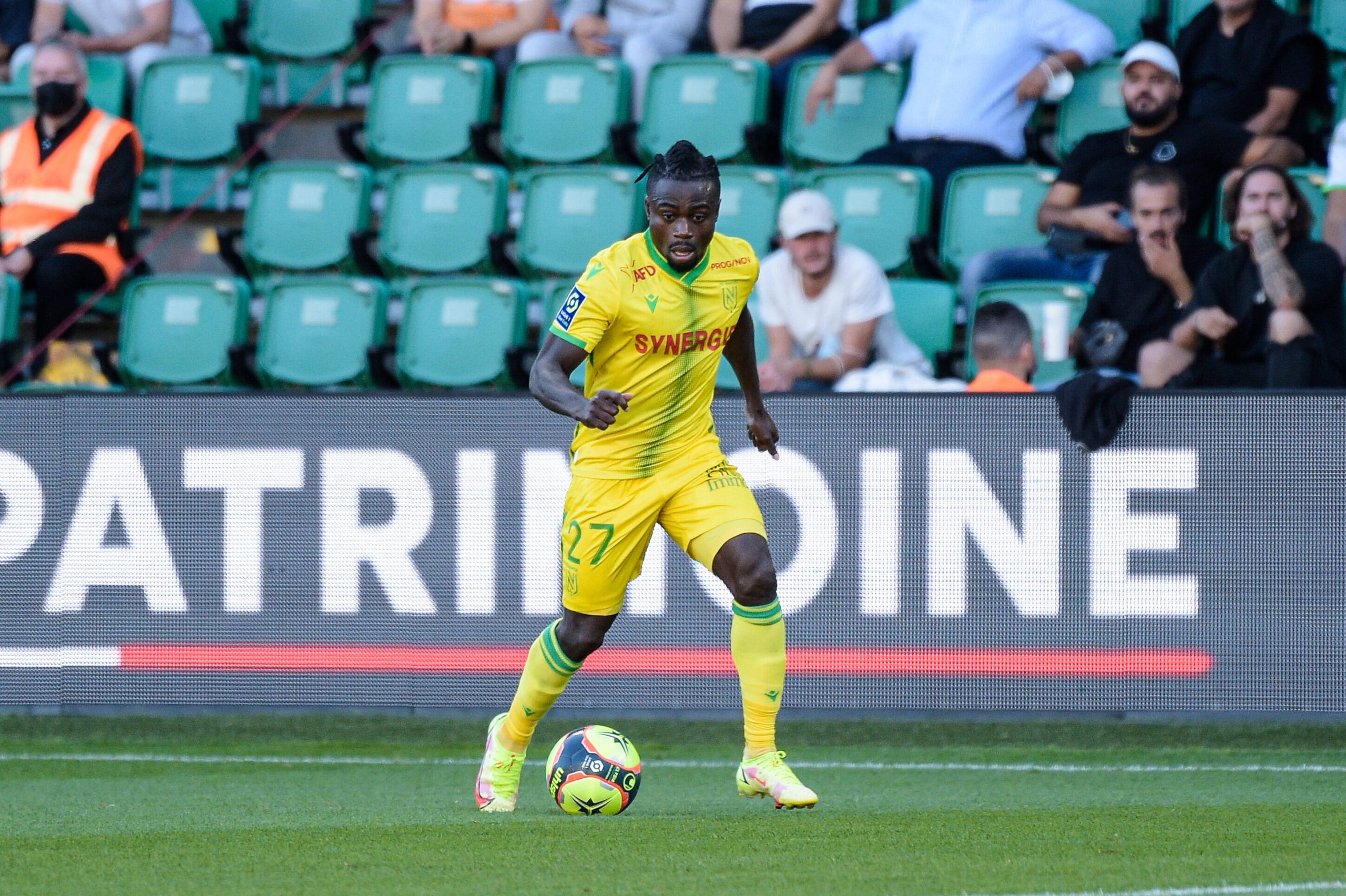 GK, Alban Lafont (Nantes) – He made seven brilliant saves, including six one-on-ones. Although PSG’s finishing wasn’t always too precise, he did especially well to smother Lionel Messi’s dinked effort with his chest and to save low from Mbappé early on. A stop with his foot from Gueye, when diving the wrong way at close range, was a highlight in Nantes’ 3-1 win.

RB, Akim Zedadka (Clermont) – One of Ligue 1 most underappreciated players and this was another considered and effective performance as Clermont beat Marseille, he snuck in behind Gerson and Kolašinac to assist Bayo’s opener and prevented a likely goal with a latch ditch block on Under.

CB, Nicolas Pallois (Nantes) – A typically committed and agricultural display for Nantes to help beat PSG. He was unerringly bullish in a superb second-half performance but he was lucky to get away with some clumsily play before halftime as Lafont and others saved him. Overall, however, it was still an impressive performance.

CB, Andrei Girotto (Nantes) – Actually played in midfield here but has spent much of the season in defence and still led his team with 19 defensive actions, making the most blocks, tackles, clearances and interceptions of anyone in the game as Nantes beat PSG. His last-ditch intervention ahead of Messi with the goal gaping at 3-1 may have given Nantes the points.

LB, Birger Meling (Rennes) – He seems to be winning a hotly contested battle for the left-back spot and he was again an understated but effective and precise outlet on the left in Rennes’ 4-1 win over Troyes. His lovely volleyed cross set up Guirassy’s second and he did well to get forward to square for Terrier’s third. Unflappable defensively too.

DM, Khéphren Thuram (Nice) – He’s quickly becoming Nice’s leading midfield option ahead of Lemina and Rosario. His positioning and dynamism helped Nice comfortably win the midfield battle and he often arrived late to support attacks too. A real driving force in the 1-0 win over Angers.

CM, Maxence Caqueret (Lyon) – He was picked off on occasion, especially before the break, but some of his silky dribbling and intelligent, snappy passing was glorious and he was central to propelling OL forward in the draw at Lens. Marco Verratti comparisons are becoming more justified by the game.

AM, Lovro Majer (Rennes) – The Croatian is one of Ligue 1’s best players to watch and his balletic nonchalance orchestrated play and drove Rennes forward again as Troyes were swept aside. His passing was routinely inventive – one deft dinked ball instigated the second, and he was involved in the third.

WF, Ludovic Blas (Nantes) – He faded after the break but his first-half display may have won Nantes the game against PSG. A visionary early progressive pass created the counter for the first goal while it was his turn and pace that beat Neymar and Verratti to instigate the attack for the second before he smacked home the penalty. His positivity in possession, intensity and fearlessness defined Nantes’ performance.

WF, Moses Simon (Nantes) – Terrorised Marquinhos and Kehrer with his pace, skill and directness in the 3-1 win over PSG. It was he who bypassed Kehrer with a lightning run and a deft assist for Kolo-Muani’s opener and he could have had a handful more. Most memorably, his pace bypassed Marquinhos during a fraught first 20 minutes before crossing for Kolo-Muani again, who should’ve scored from close range. Unplayable at times.

ST, Serhou Guirassy (Rennes) – Always a threat off the bench and showed how useful his goal poaching and physical number nine presence can be from the start here via a brace. He did well to react quickest and poke home the opener before he outmuscled Palmer-Brown for a headed second in Rennes 4-1 win over Troyes.