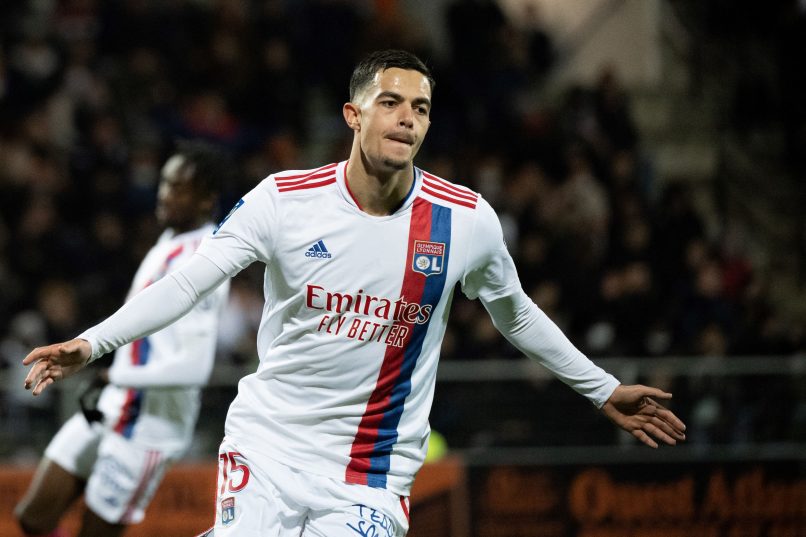 GK, Marco Bizot (Brest) – In keeping a clean sheet to help the 1-0 win over Lens he made five saves, which included some of the game’s highlights. A flying save from a powerful Clauss free-kick was the most spectacular while a close-range stop from a Sotoca volley showed his reflexes.

FB, Zeki Çelik (Lille) – He’s struggled to match his form from the first half of last season for some time but this display in the 4-0 win over Clermont came close to his best. A constant threat overlapping and on the right, he was unlucky not to claim at least one more assist to go with his powerful finish for 3-0 and a simple pass to assist the fourth.

CB, Nayef Aguerd (Rennes) – Led the way in shutting down a dangerous Angers attack to aid a 2-0 win for Rennes with some typically low-key but comanding and astute defensive work, leading his team with 13 defensive actions and again underlining his status as quietly one of Ligue 1 ‘s best defenders.

CB, Nicolas Pallois (Nantes) – His defensive nous and rugged style makes him standout, even in this most physical of leagues, and Nantes’ tendency to sit in and counter suits his style perfectly, even if he is a little more exposed on the left of a three. The veteran was again commanding in Nantes 2-0 victory over Montpellier.

FB, Vanderson (Monaco) – Another precise and positive display from the Brazilian in the wiin at Marseille who looks to be an astute signing at just 20. He’s on the verge of being undisputed first choice at right-back and is proving a threat with his set-pieces too.

DM, Mario Lemina (Nice) – He display summed up Lionel Messi’s issues in Ligue 1 by brilliantly shutting down the PSG man all game as he dropped deep to run at Nice, via some uncompromising treatment. Meanwhile, his passing was on point and often creative. Led his team with 10 defensive actions in a 1-0 win.

CM, Renato Sanches (Lille) – He effortlessly ran the game as Clermont were routed 4-0. The Portugese produced a lovely arching cross for Bamba’s opening header and a clever backheel assist for 2-0. His direct style, finesse and aggression were too much for Clermont. Sometimes playing on the right can dilute his effect on games but not here, and he managed to sustain his intensity after the break.

AM, Romain Faivre (Lyon) – Magical at times as Lorient were beaten 4-1 with his graceful slight of foot and effortless touch which repeatedly hoodwinked defenders. He might have had more goal contributions, cutting in from the right to pick his passes, but will settle for a low first-time effort for the opener and nonchalantly dinking Dreyer for the fourth.

WF, Karl Toko Ekambi (Lyon) – He scored one and was involved in the other three in the win over Lorient. His astute passing broke lines and his direct style was always a threat. A jinking run and exchange of passes with Dembélé made for a brilliant third, poor goalkeeping aside.

WF, Franck Honorat (Brest) – Actually played at wing-back here at Lens, a position he excelled in for Saint-Etienne at times, but still managed to be Brest’s most persistent outlet while working hard defensively too. His stunning winner saw him beat two men on the flank before chipping Leca.

ST, Moussa Dembélé (Lyon) – He wonderfully finished off the move for 2-0 in beating Lorient 4-1 with a balletic spinning backheel and played the perfect number nine role throughout, holding up the ball and bringing others into play. His cute assist for Toko-Ekambi’s third was a delight.