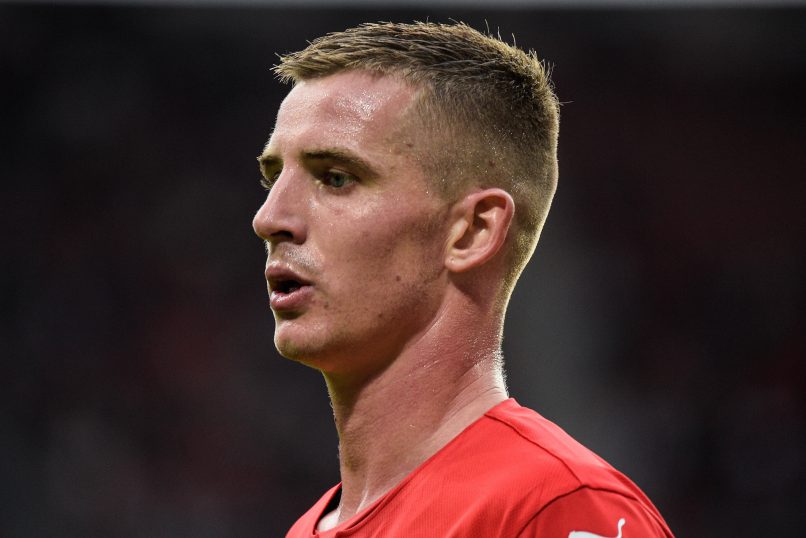 GK, Walter Benitez (Nice) – He kept his Nice side level with Montpellier for an hour after Nice captain Dante was sent off, eventually helping his team to a draw and himself to a clean sheet via a handful of key saves and a simple penalty stop from Savanier.

FB, Yasser Larouci (Troyes) – He posted a positive and hungry performance from left-back during his full Troyes debut during the 1-0 win over Nantes, proving effective both defensively and going forward. One of his crosses resulted in the only goal of the game and he contributed 10 defensive actions.

CB, William Saliba (Marseille) – This was an assured away display from the Arsenal loanee at a tricky ground to visit as OM beat Brest 4-1. Typically serene and commanding, he had no trouble handling Brest’s forward line and he calmly and expertly used the ball while covering for his teammates all game.

CB, Alexander Djiku (Strasbourg) – The Ghanaian has quietly been one of Ligue 1’s best centre-backs for some time and helped keep Kevin Volland and co. at bay in the defeat of Monaco with some ease for lengthy periods. It was his snap first-half bicycle kick that won the game for Strasbourg and he led his team with 14 defensive actions.

FB, Dimitri Liénard (Strasbourg) – Despite his age, the Frenchman continues to surprise and impress in an unnatural left-wing-back role for Strasbourg who continue to chase Champions League football. His vision and technical ability stood out in the crucial win over Monaco.

DM, Pape Gueye (Marseille) – An excellent all-round display in the 4-1 win at Brest. He repeatedly and boldly won the ball back in midfield before using it simply to start attacks while his long passing was also intelligent and progressive too, if not always totally accurate, and he did well to charge on and join attacks.

CM, Gerson (Marseille) – He tucked away the first OM goal in the win at Brest having broken, as he did all game, incisively from midfield as his increased intensity, sorely lacking during the first half of the season, again gave Marseille an added verve to match his obvious quality on the ball.

AM, Lovro Majer (Rennes) – This was a classic Majer display in the 4-2 drubbing of Lyon. He has very little pace but doesn’t need any as he drifts around midfield picking passes and always making the right decision to start dangerous counterattacks. He was on hand to slot home the third and put Terrier in for 4-0.

WF, Benjamin Bourigeaud (Rennes) – His intelligent use of the ball and precise deliveries both from wide areas and on the counter unpicked OL throughout Rennes 4-2 win. He calmly slotted home the opener before his corner lead to the second and he assisted the third for Majer.

WF, Amine Harit (Marseille) – His problem all season long has been his similarity to Dimitri Payet, not his lack of quality which he proved here in a slippery and waspish display in supporting Milik as Brest were beaten 4-1. It was his corner that assisted the second and he was on hand to tap home the third. His six shot-creating actions was the game’s highest tally.

ST, Arkadiusz Milik (Marseille) – His resurgence continues as he again impressed in the victory at Brest. The Polish striker did well to slip Gerson in for the opener early on and he lead the line with power throughout. A brilliant stooped header from Harit’s corner made it 2-0.