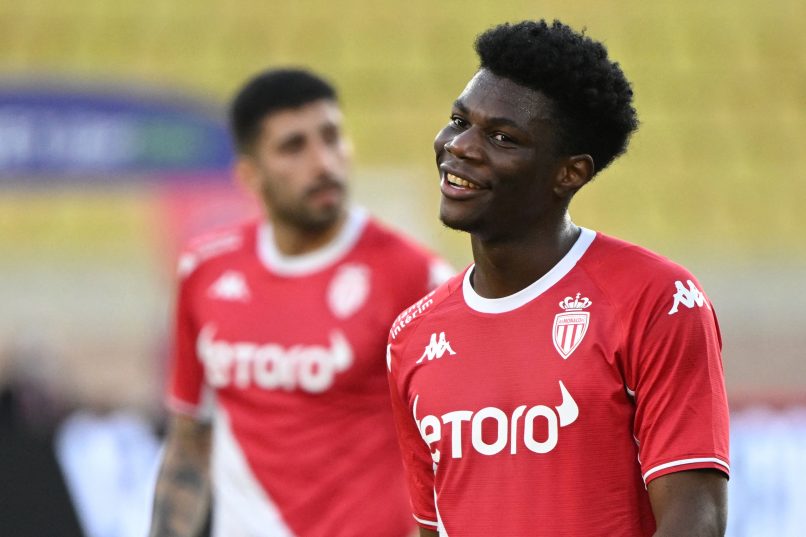 FB, Vanderson (Monaco) – The young Brazilian was brilliant again in the win at Rennes. His rangy but broad physique is a real asset at either right-back or right-wing and Rennes left-back Birger Meling struggled with such power and pace. His passing was precise and inventive throughout too and it was he who tucked home the equaliser.

CB, Kevin Danso (Lens) – This was another proactive and bullish defensive display at the centre of Lens’ trio of centre-backs in the derby win over Lille. His eight clearances were a game-high and more than Lille’s combined total of 5, as the hosts spent much of the game on top.

CB, Duje Ćaleta-Car (Marseille) – Although he wasn’t quite as courageous on the ball as partner William Saliba in the narrow loss to PSG, he defended astutely throughout and his last-ditch challenge on Mbappé in the second half was key to keeping OM in it. He was also on hand to tap home for 1-1.

FB, Przemysław Frankowski (Lens) – His pace and keenness to counter where possible were key to helping Lens ease the pressure in the win at Lille, especially before halftime, and it was he who ghosted in at the back post to rifle in an early opener.

DM, Aurélien Tchouaméni (Monaco) – He often smartly used possession while astutely policing swathes of central areas in tandem with Youssouf ofana as Rennes were beaten 3-2, helping to break up some dangerous attacks. It was he who nicked the ball to set up the third goal.

CM, Mahdi Camara (Saint-Etienne) – This was a triumphant return for the midfielder after being exiled from the previous game after a training ground altercation. His brace, which beat Brest 2-1, may keep his team in Ligue 1.

AM, Neymar (PSG) – It’s interesting to see his change in body language since home fans started booing him and reports emerged that QSI are unhappy with his commitment. This was another more focused display as Marseille were beaten 2-1, despite PSG having nothing to play for. He faded in the second half but did well to poke home the opener and won the penalty.

WF, Edon Zhegrova (Lille) – His cutting dribbles inside to shoot were a real threat throughout the derby defeat to Lens but his crossing was often erratic. One deft floating ball assisted Xeka’s header but he also hit the first man with three corners in a row. But the good far outweighed the bad overall in an exciting full debut.

WF, Karl Toko-Ekmabi (Lyon) – A resurgence in form continues as he helped to dismantle Bordeaux in a 6-1 win via two strikes. The first was a lucky header after a mistake from Poussin in the FCGB goal but the second was a lovely dink over the keeper to make it 5-0.

ST, Moussa Dembele (Lyon) – Captaining the side after the crushing Europa League exit to West Ham, the striker led from the front as Bordeaux were thrashed 6-1, scoring the opener with a well-directed header before a mazy dribble assisted Faivre’s fourth and a clam finish made it six.