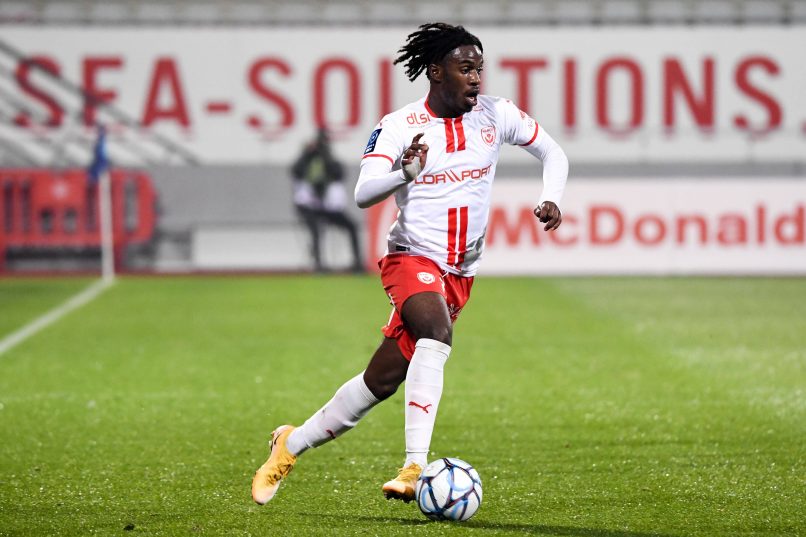 The 18-year-old has been in and out of the Nancy squad as the club struggle against relegation from Ligue 2 but that hasn’t stopped many Ligue 1 clubs keeping tabs on the player with Bordeaux, Monaco, Nice and Rennes also keen given that Bondo’s current contract is up in the summer.

As Le10Sport point out, Bondo had wanted to stay beyond this season but was unable to agree a deal with Nancy. The player recently told Onze Mondial:

“I initially wanted to extend my adventure with my academy club because I felt indebted to them. Discussions with the president didn’t go well, no agreement was reached. The sporting situation didn’t help matters. Then the president wanted to release me at the end of the transfer window but I wanted to re-sign. I wanted one thing: to agree on everything and extend my deal. It didn’t happen, so I was pushed aside… For the moment, I’m doing everything to stop the club going down.”

Bayern Munich, Atlético Madrid and AC Milan were reportedly interested in Bondo in January while the player has previously suggested Liverpool and PSG were also keen on him.