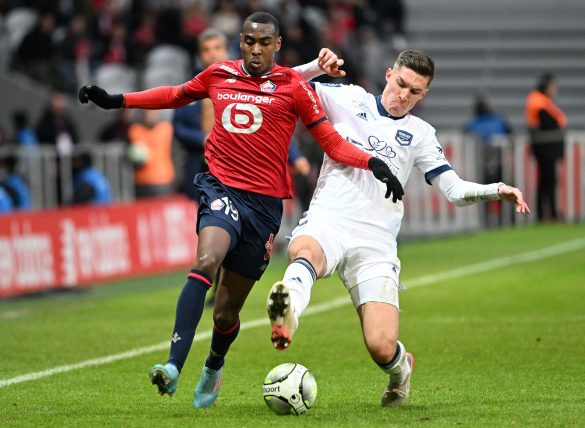 Lille president Olivier Létang has publically criticised Isaac Lihadji (20) during a press conference, after the player remained at the club this summer, despite being forced towards the exit door.

The French youth international has failed to impress since arriving from Ligue 1 rivals Marseille back in 2020. In 39 appearances for the club, the right winger has scored only once, whilst registering just five assists.

Entering into the final year of his contract with the club, he is no longer wanted by Les Dogues, a fact president Létang made unequivocally clear. In a press conference, transcribed by RMC, he said, “Isaac’s future isn’t at Lille. There were a few offers and propositions. The player declined a few of them. There was a club that came in for him on Thursday evening, but that didn’t get over the line. It was a French club, but it wasn’t Lorient. There are a few transfer markets that are still open. In France there is the principle of the ‘joker,’ so there are still possibilities as well as interested clubs.”

He continued, “We don’t want him to just go anywhere, but to a club where he can flourish. There were some great opportunities. I didn’t understand his choice. I have told him that. It’s up to him to decide what he wants to do, whether he wants to play football or not.”

PSG’s Marquinhos on Juventus test: “It won’t be a comfortable game”