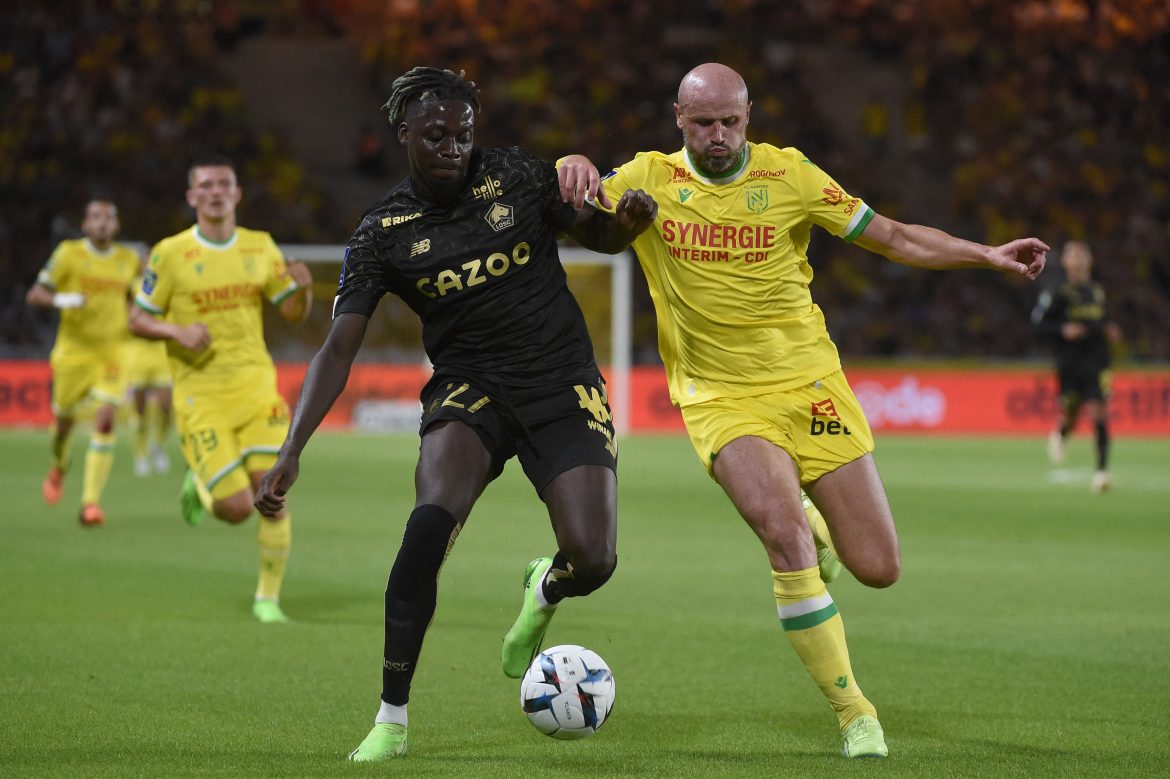 New Lille signing Mohamed Bayo (24) will not feature against PSG this evening after being dropped for disciplinary reasons, according to L’Équipe.

A picture of Bayo in a nightclub was posted on social media on Sunday morning, and Lille president Olivier Létang has therefore decided to sanction the player. As a result, he will not feature against Ligue 1 champions PSG in tonight’s match.

L’Équipe report that even prior to the incident, Bayo was not guaranteed to start against PSG as Paulo Fonseca was considering playing Jonathan David up front.

Bayo joined Lille from Clermont Foot earlier this summer in a deal worth €14m. Having come through the ranks at Clermont, he shone in Ligue 1 last season, scoring 14 goals and registering five assists. He is yet to get off the mark for Les Dogues.

Having been left out of tonight’s squad, it remains to be seen whether Bayo will face any further repercussions.