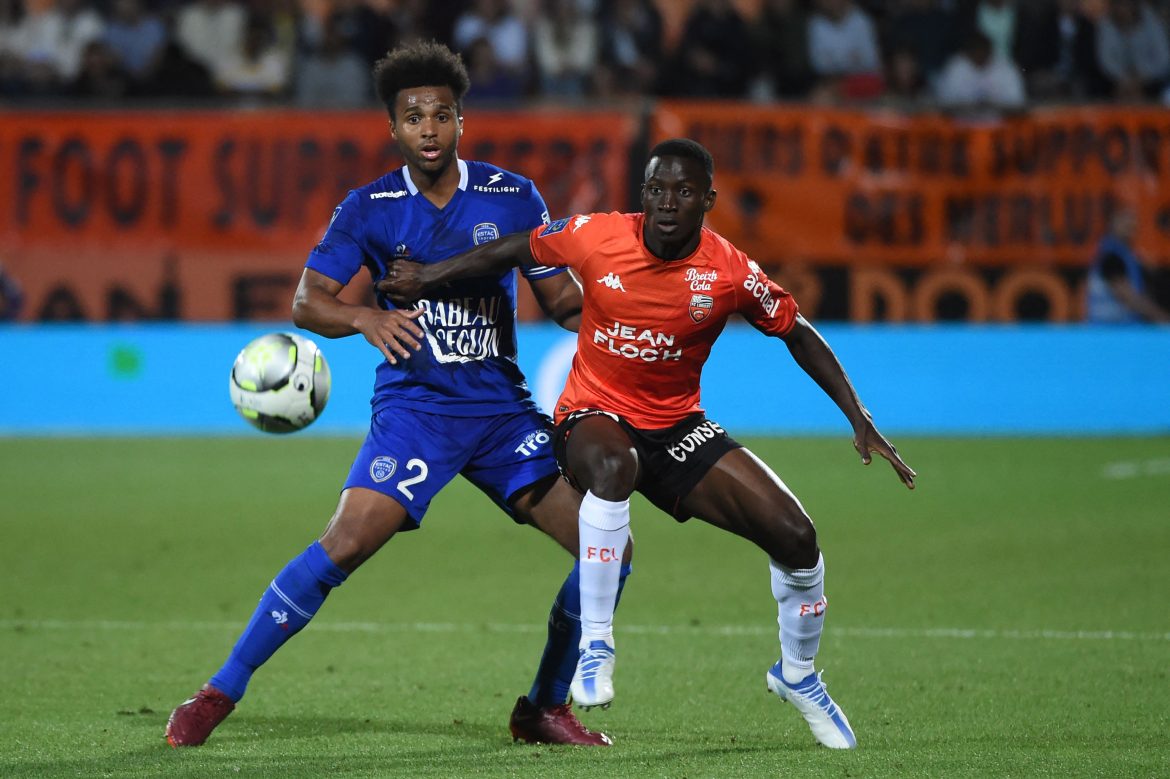 According to L’Équipe, FC Lorient’s young Senegalese centre-forward Sambou Soumano is set for a year-loan deal at Belgian side Eupen, after having turned down fellow Jupiler League outfit KV Kortrijk.

Kortrijk were in negotiations for Soumano (21) for a loan-to-buy agreement and the player was close to joining the club, but it looks as though a year’s loan option with Eupen is the player’s preference.

At the beginning of the summer, the Senegalese striker was supposed to play for Lorient – with a current contract that runs until 2024. But with Terem Moffi and Ibrahima Koné offering competition up-front, the 21-year-old could finally leave the Morbihan to look for game time elsewhere.

Soumano joined Les Merlus’ B side in 2022 from National 2 outfit Châteaubriant, and scored 13 goals in 11 appearances for the reserve side which earned him a call up to the senior side in last season by now former Lorient coach Christophe Pélissier – who left the club at the end of the season.  The player made 21 appearances in Ligue 1 for Lorient and scored three goals in a three-game period at the end of January off the bench last season against LOSC, FC Nantes, and RC Lens.