Lucas Hernandez confident he will be ready for the World Cup 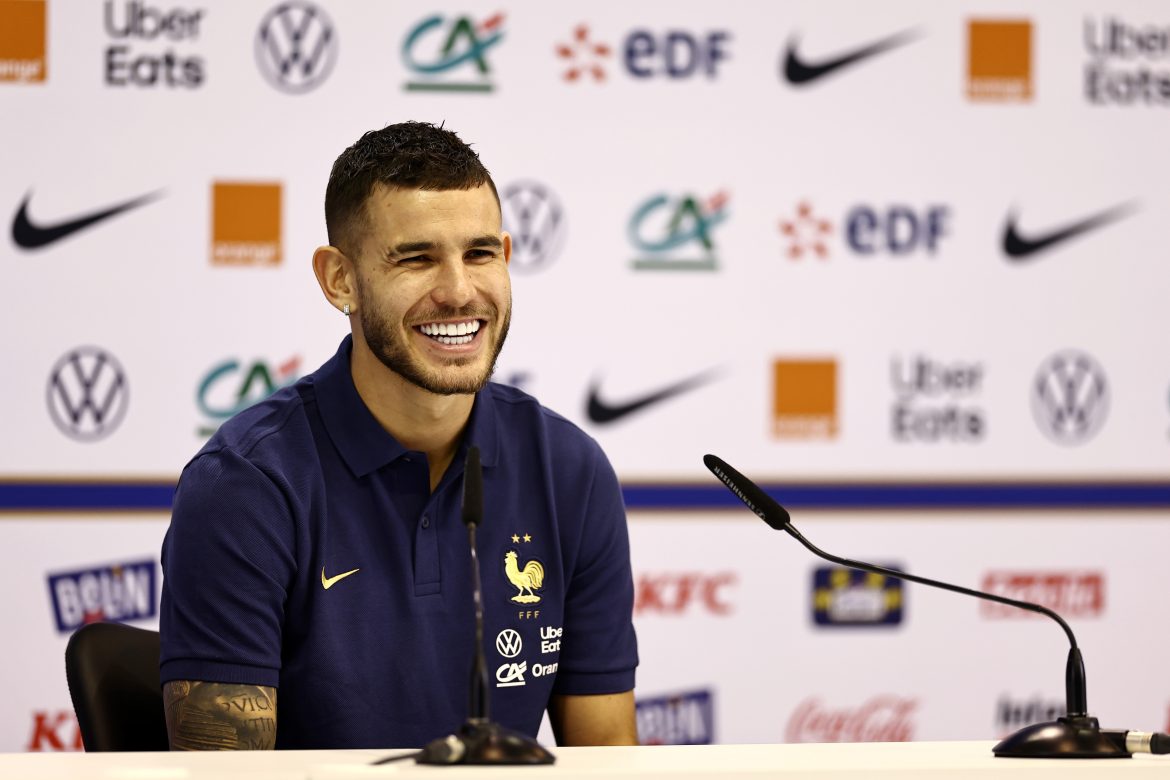 Lucas Hernandez, in France’s press conference covered by L’Équipe, was confident about where he stands for the World Cup. Lucas has many reasons to be thankful about being in Qatar, but none bigger than his quick and successful recovery from his adductor injury.

“I was injured in the last second of the game against Barcelona. I thought it would be less serious than it was, but I’m very strong mentally. I am at peace. The club’s medical staff told me that I could make it to the World Cup without worry. Afterwards, it’s not easy to train alone, but I want to thank all the medical staff at Bayern who did everything to get me here today. I feel 100% excited to start this competition. No more pain in my adductor.”

His excitement did not stop there. Lucas spoke about playing with his brother on the national team and what that meant to him. The Bayern defender was even able to find a bright side to being selected as a left-back for France.

“The last three games with Bayern, I was used as a left-back. I feel very comfortable in both positions. You can be reassured, I will give my best to defend this jersey.”

Those 3 games allowed Lucas to not only be match fit for the World Cup, but time to find the rhythm of left-back in the same formation and similar role that he will play with France.

The French left-back also touched on the group as a whole. One less talked about quality of Didier Deschamps is the value that he puts on the selection’s cohesiveness. In Lucas’ response to the atmosphere around the group you can see why that is so important.

“The preparation time is much less than in 2018 but the group is living well. We have a great group. The coach took 26 players who are top football players but also great people. We were put in the best conditions to get along very well.”