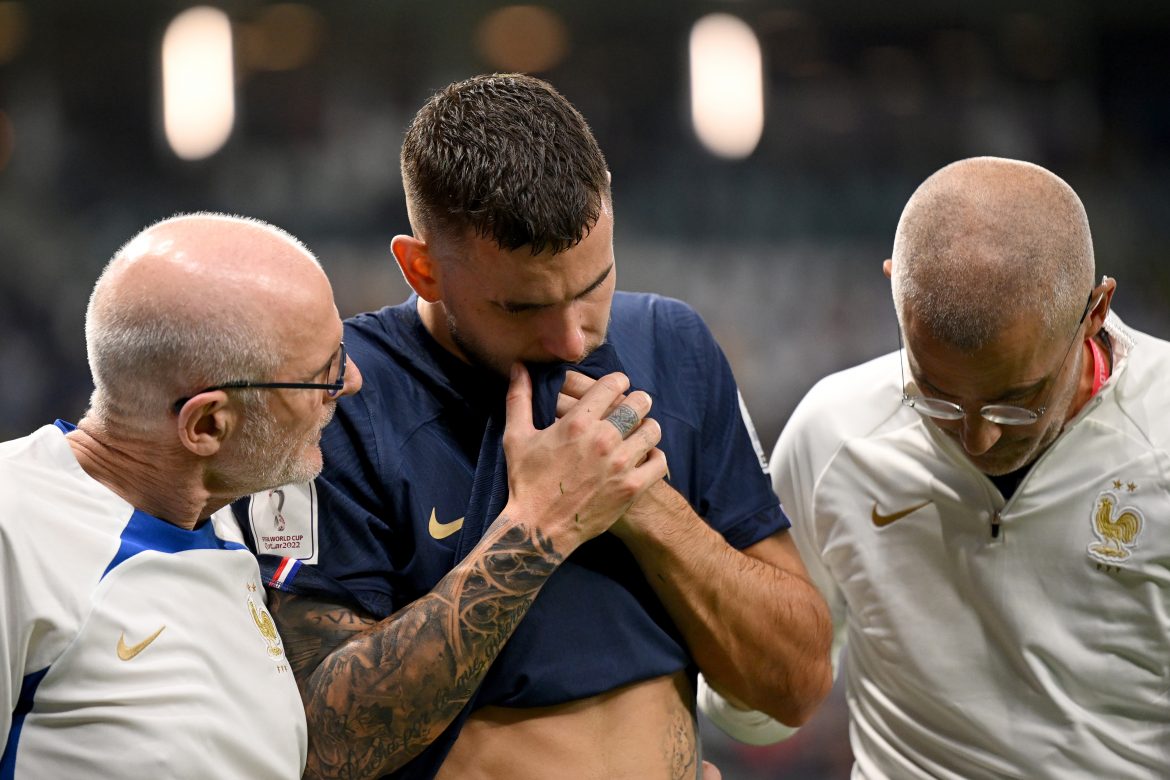 L’Équipe are reporting that Lucas Hernández (26) considered retiring after sustaining a ligament injury during France’s 4-1 win against Australia on Tuesday.

Hernández injured his ACL in the opening minutes of the victory. Tests revealed that not only will the Bayern Munich defender miss the rest of France’s World Cup campaign, he will also not feature for the remainder of the 2022/23 season. Hernandez’s club confirmed on Thursday that he had undergone successful surgery.

On the night, Lucas was replaced by brother Theo. The AC Milan defender looks set to play at left-back for the remainder of the World Cup. L’Équipe have now revealed that following the injury, Hernández considered retirement. However, he was talked down during a conversation with his mother.

Since his surgery back in Munich, Hernández’s mood has significantly improved. He even joked with teammates that he will return in time to play before the World Cup final.