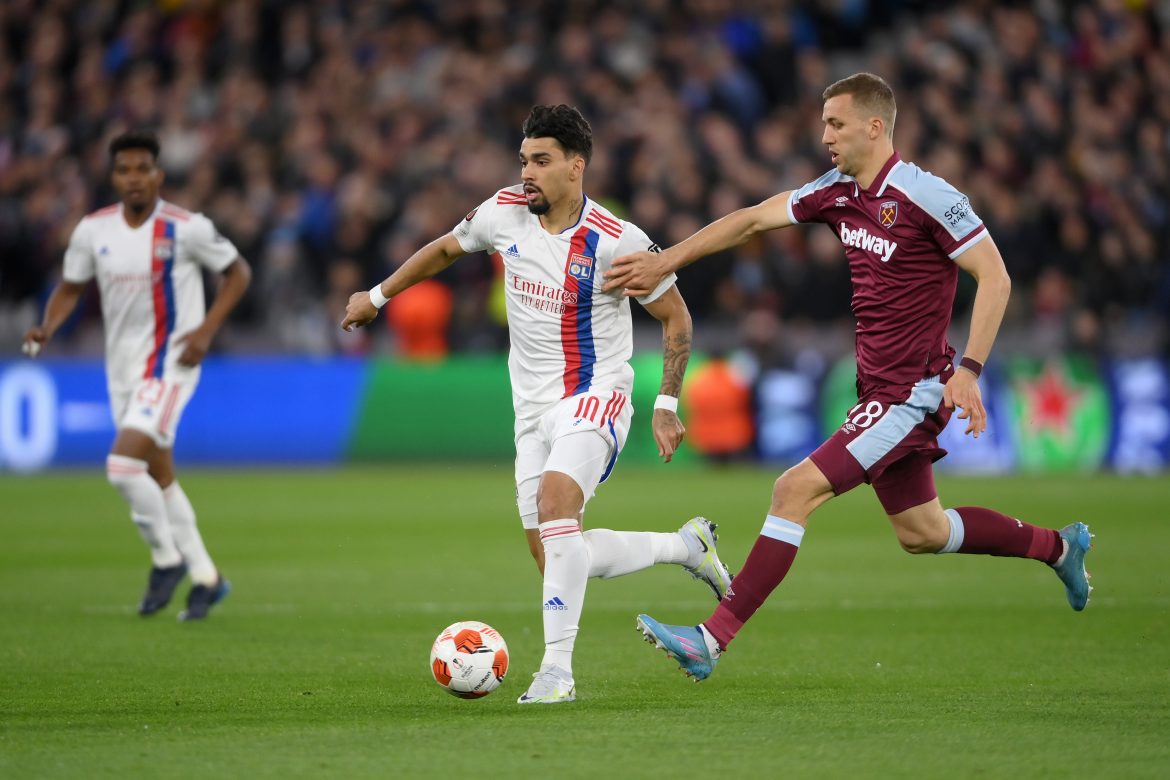 According to L’Équipe’s Loïc Tanzi, Lyon’s Lucas Paquetá is set to sign for Premier League side West Ham United on a 5-year deal for €62m including bonuses.

According to Fabrizio Romano the Hammers want the Brazilian midfielder to travel to England as soon as possible in order to schedule medical tests and complete the deal with OL. A verbal agreement is in place between the two clubs, with personal terms having also having been agreed.

After seeing their initial offer  €41m and €8m in add-ons rejected, the Hammers upped their proposal to €41m as a base fee again, but with €15m in easily attainable add-ons which was also rejected. A final offer consisting of a total of €62m has been accepted – but the breakdown of this is yet to be known.

Paquetá has been the subject of interest from across the channel all summer, having been linked to Newcastle and Arsenal as well.

The Brazilian midfielder was open to moving on, having been disappointed by Lyon’s campaign last season which saw them miss out on European football altogether, as they finished in 8th place.