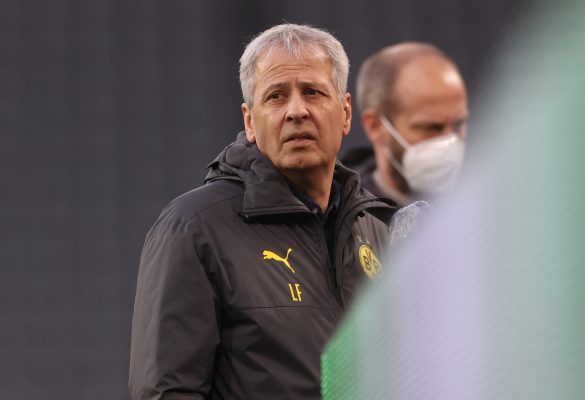 As reported by RMC, in speaking at his unveiling as the new OGC Nice coach, following the departure of Christophe Galtier who’s set to join PSG, Lucien Favre stated the club’s minimum target is to finish in Ligue 1’s top three within two seasons. Favre explained:

“Within two years, the goal is to finish in the top three… or even better! I assume that we will. You have to tell the truth. That’s the goal… There are good players at this club and a good mentality from what I saw in the first training session. It was very interesting this morning, I saw a lot of positive things.”

Favre also expressed how happy he was to return to the club after four years away:

“I really liked the Nice stadium, it was magnificent. I loved it. There was always a good relationship between us and the supporters, I’m delighted to come back to these supporters again… It’s an advantage to know certain people. I’ve worked with Jean-Pierre before, it was very important to know these people.”

Favre returns to Nice after a two-year spell between 2016 and 2018 that saw the club finish third and compete for the title in 2017 before the Swiss manager left to coach Borussia Dortmund.