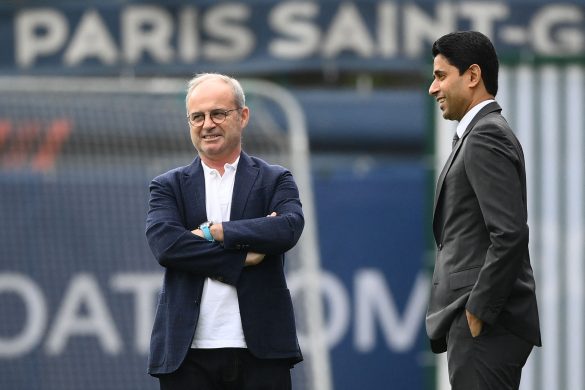 In his interview with RMC Sport broadcast this evening, Paris Saint-Germain’s sporting advisor Luís Campos has indicated that he is “unsatisfied” with the club’s transfer business this past summer.

The Portuguese director notably regrets that the financial restrictions the Ligue 1 champions have been working under limited the scope for more big-name signings.

“We’ve reached the end of the transfer window without that perfect balance. We have a lot of quality in the squad, there’s no doubt about it. But in the end, we didn’t reach perfection. It’s always difficut to reach that, but we’re working to get as close as possible to perfection.”

“It’s a serious problem for us. When you have [just] three central defenders and you’re playing with a three at the back formation, it makes things difficult. I won’t give any names. We didn’t just speak with [Milan] Škriniar. In the end, we don’t have the player that we need. If a piece is missing, the puzzle isn’t complete.”

“When I arrived, there were 54 players [on contract] and no reserve team. With Christophe [Galtier] we told ourselves […] that we wanted 21-22 players plus academy players. We’ve created an elite group made up of five players who train every day with the first team. We have exceptional players at PSG who have to be incuded in the squad.”

“PSG has an obligation to watch out for FFP, which is complex – we’ve taken complex measures. We’ve put a different model in place. The sporting and financial side have to go hand in hand. We’re a football club, the economic filter should not condition the sporting one. The priority was the financial side, that’s clear to me. When the club thinks only of the sporting side and forgets the economic one, it can be catastrophic. The opposite is true as well.”