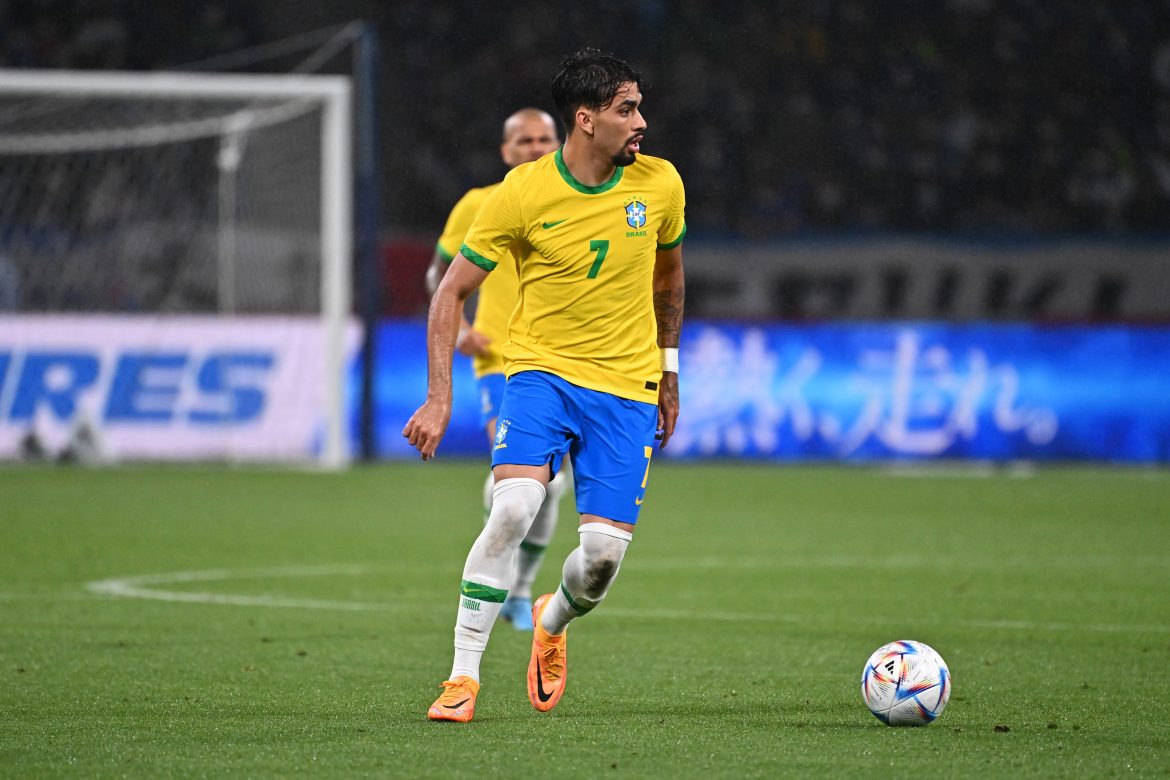 L’Équipe report that Ligue 1 side Lyon have rejected a bid of close to €50m, including bonuses, from Premier League club West Ham United for Brazilian attacking midfielder Lucas Paquetá.

The 24-year-old is not against the idea of moving to the Hammers, although he would more than happily remain with Lyon to ensure that he secures his place with Brazil at the World Cup which is in just 3 months time.

The left-footed player, who has found a spot in the Brazil starting XI recently, does not want to do anything that could jeopardise that.

With 3 years remaining on his current deal with OL, the Ligue 1 club’s intention is to beat their record sale price should Paquetá leave, having offloaded French international midfielder Tanguy Ndombele to Tottenham in 2019 for €60m.

Lyon immediately rejected this opening proposal from West Ham, which kisses the €50m mark including bonuses. OL want at least €10m more in order to sell the player. Paquetá trained as normal today and has not made any significant strides in talks on personal terms with the Hammers himself at this stage – the paper believes that WHUFC will have to make major financial efforts to convince him on the wage package.

Paquetá’s representatives are currently in London to meet with multiple Premier League clubs, to be ready in case an offer is accepted by Lyon. West Ham currently don’t have the intention of raising their offer by much at all, but it is expected that they will increase it slightly before the weekend.

Intermediaries in England have been working hard to bring Lyon an offer from Newcastle United for the player all summer long, but have not yet succeeded. NUFC’s signing of Swedish international striker Alexander Isak for close to €70m makes any deal for Paquetá with the Magpies increasingly unlikely.

Paquetá is not totally closed off to the idea of West Ham, because not playing in a top 5 club in the Premier League has not prevented other players from having a starting XI place for Brazil – Raphinha (Leeds), Philippe Coutinho (Aston Villa) and Richarlison (Everton) have all been examples of this.

However, the player is also aware that certain circumstances, should they play out during this window, could enable him to go to a bigger club – Manchester City have sounded him out in case Bernardo Silva leaves before the end of the window.