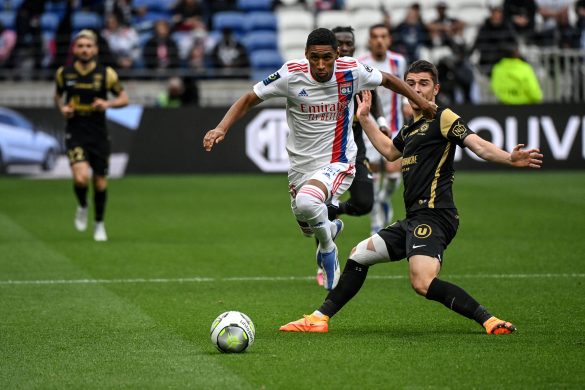 Following his 6-month spell at the Groupama Stadium, Tetê (22) is set to stay, according to L’Équipe. Lyon have reportedly negotiated another loan deal with the player’s parent club, Shakhtar Donetsk, who were reluctant to let the player go on a permanent transfer deal, demanding a €25m transfer fee. As a result, the Brazilian will stay with Les Gones for at least one more season.

The 22-year-old arrived in Lyon last March, having been allowed to move from Shakhtar Donetsk under the rules put in place by FIFA in the wake of the Russian invasion of Ukraine, allowing players to move outside of the regular transfer windows.

Having scored on his 12-minute long debut for the club, Tetê hit the ground running with the Ligue 1 team, scoring two goals and recording five assists in the latter weeks of the campaign, which nevertheless saw Lyon miss out on Europe entirely.

With the Brazilian being announced to the press tomorrow afternoon, Lyon will be hopeful of keeping the player on a longer-term basis, with his contract expiring in December of next year, at which point he will be able to join on a free.