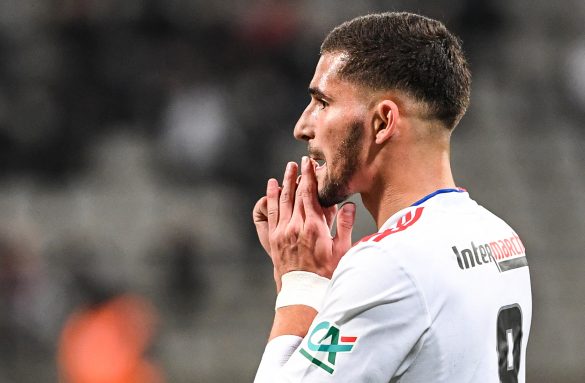 Santi Aouna of Foot Mercato reports this afternoon that contrary to reports in Spain, Houssem Aouar has not bought a home in Seville. The Lyon midfielder, who looked set to leave this past summer, does not have an agreement in place with Real Betis, or any other club as things stand.

Instead, it’s his current club who are looking to renew his contract, despite the bit-part role he is playing in the team this season. Foot Mercato had indicated earlier this month that Aouar had impressed in training and could well become a part of Peter Bosz’s lineups as the season progresses.

During the transfer window, Aouar had agreed terms with Nottingham Forest but the newly-promoted Premier League side were unable to meet Lyon’s demands, while Fulham had also made their interest known. Nice and Benfica also reportedly showed an interested in the one-time French international. The 24-year-old remains on just the one appearance so far this season.

PSG coach Christophe Galtier: “For Paris, the glass is always half empty.”