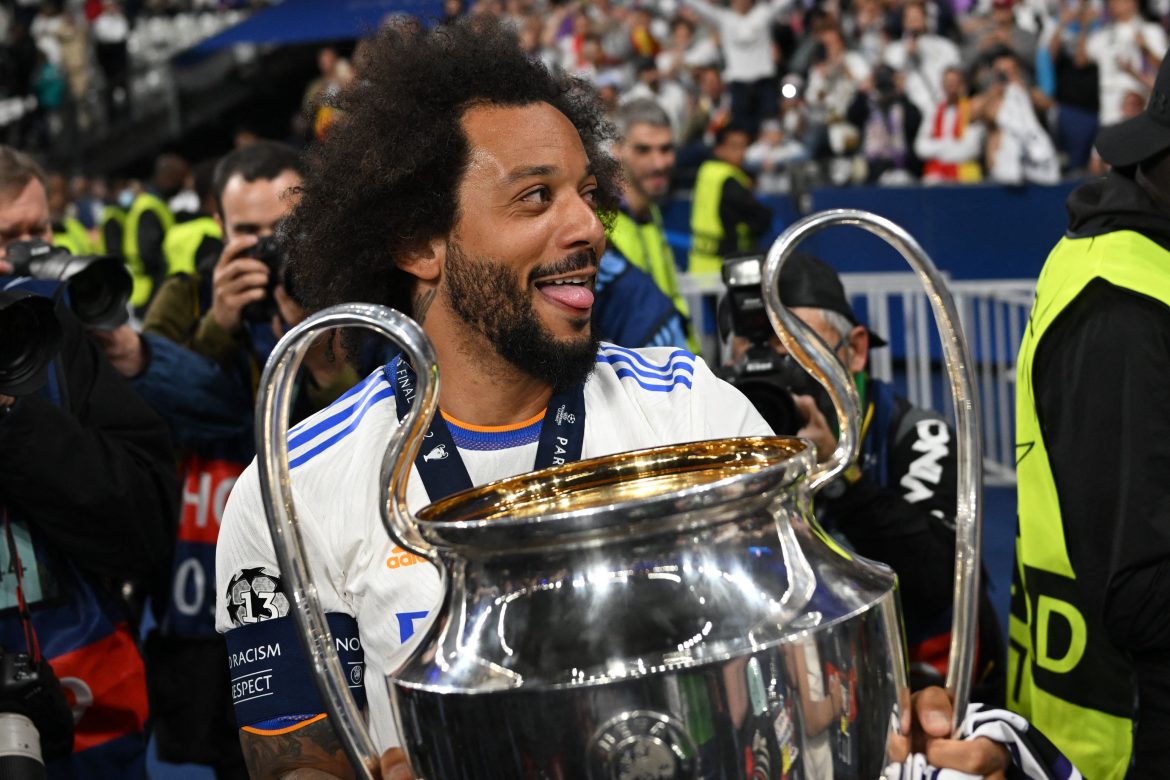 Foot Mercato have revealed that Lyon were offered the chance to sign Real Madrid legend Marcelo (34), but turned down the opportunity due to the financial implications of the deal.

The Ligue 1 side are in the market for a left-back. They are reported to have an interest in multiple options, including Pervis Estupiñán (24) and Nicolás Tagliafico (29). Lyon reportedly agreed a deal with Ajax for the latter, but the player himself stalled on agreeing personal terms whilst waiting to see if a better option (Brighton or a club qualified for European competition) arose.

The club also narrowly missed out on Tyrell Malacia (22). The Dutchman looked poised to join Peter Bosz’s men, but the move was hijacked at the last minute by Manchester United.

Lyon have now been offered the chance to sign Marcelo, according to Foot Mercato. The Brazilian international is a free agent following the expiry of his contract at Champions League winners Real Madrid, where he has spent the last 15 years of his career.

However, Lyon have declined the chance to buy the Brazilian international. The club did consider the deal, but decided against it due to financial reasons. Marcelo was believed to be earning approximately €9m a year at Real Madrid. In addition, the arrival of another veteran free agent defender last year, Jérôme Boateng (33), didn’t pay off, which has dissuaded the club from pursuing similar deals.

As it stands, Estupiñán who currently plays for Villareal, is the club’s first choice option at left-back.