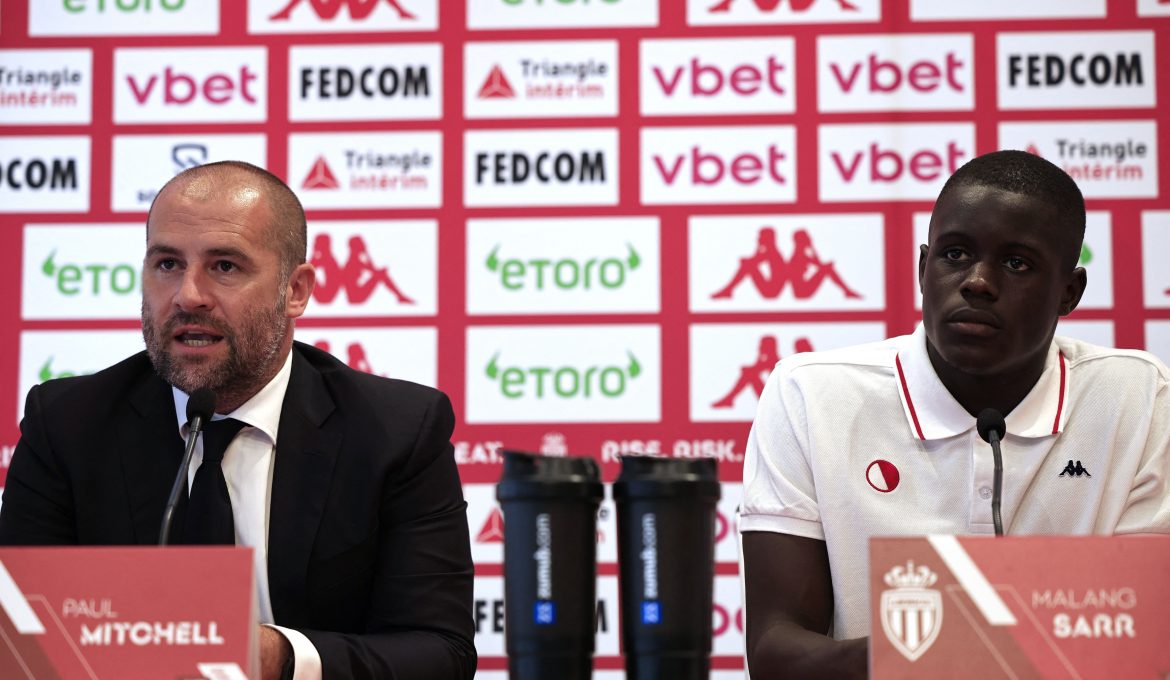 AS Monaco sporting director Paul Mitchell revealed that Malang Sarr (23) hasn’t been signed on loan from Chelsea with a view to allowing Benoît Badiashile (21) to leave the club.

Speaking during Sarr’s unveiling at the club’s training complex in La Turbie, Mitchell was questioned as to whether the Chelsea defender’s arrival opens the door for a departure for Badiashile. Mitchell replied, “That’s definitely not our idea. That’s not the reason we bought in Malang. The reasoning is very transparent for me. We want a competitive squad and real competition running throughout the team.”

He continued, “We promote that, we encourage it and we’ve built year-on-year to create it. We’re getting to a point where our fans and everybody else can see that we’ve got a really competitive squad. We spoke before coming here today about playing to win every competition. Malang knows, coming from Chelsea, that has to be the mentality, not only at Chelsea but also at Monaco. We want players with that mentality. The reason he is here is to compete and to compete with the players we have.”

The France U21 defender has been linked with a range of clubs, including Manchester United, Chelsea and Sevilla. Whilst Monaco have begun the season with a back four, should manager Philippe Clement move to a back three, Sarr would find himself in direct competition with Badiashile, who is also a left-footed center-back, who likes to play on the left-hand side of the defence.