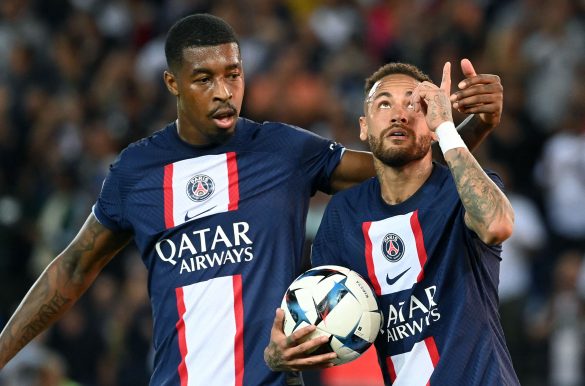 As reported by Le10Sport, PSG and France international centre-back Presnel Kimpembe was subject to interest from three separate suitors this summer transfer window, which ended at the start of the month.

Chelsea, then coached by the 27-year-old’s former Paris manager Thomas Tuchel, were the most prominent amongst those interested in the defender but Kimpembe decided to stay at PSG this summer despite Chelsea calling him directly over a move.

However, looking to strengthen their defence, Manchester United also made enquires for the player while Italian club Juventus made advances too after the sale of Mathijs de Ligt to Bayern Munich, with Kimpembe earmarked to take over from the Dutchman. Talks with both clubs didn’t extend as far as Chelsea’s, however.

Now, PSG’s de-facto sporting director Luis Campos has opened informal talks with the player’s entourage over an extension to his current PSG deal which expires in 2024. However, an offer has not yet been made over a new contract but the player’s advisers expect to have one on the table soon.