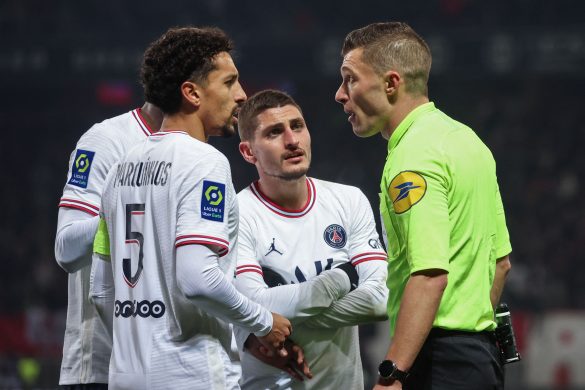 L’Équipe are reporting that Marco Verratti (29) and Marquinhos (28) are both set to sign contract extensions at Ligue 1 champions PSG.

Luis Campos has raised the prospect of an extension recently, with both players’ current deals set to expire in 2024. Negotiations for a new contract for both players were already well advanced with the old management of the club. Marquinhos in particular was close to putting pen to paper on a contract that would run until 2027.

The interested parties: the two players, their entourages and the club management, simply need to pick up where they left off in order to quickly conclude their contract extension agreements.

Verratti has been at the Parc des Princes for over 10 years having arrived from Pescara for a reported €12m in 2012. In that time, he has made 387 appearances for PSG, whilst Brazilian centre-back Marquinhos is the captain of the club.