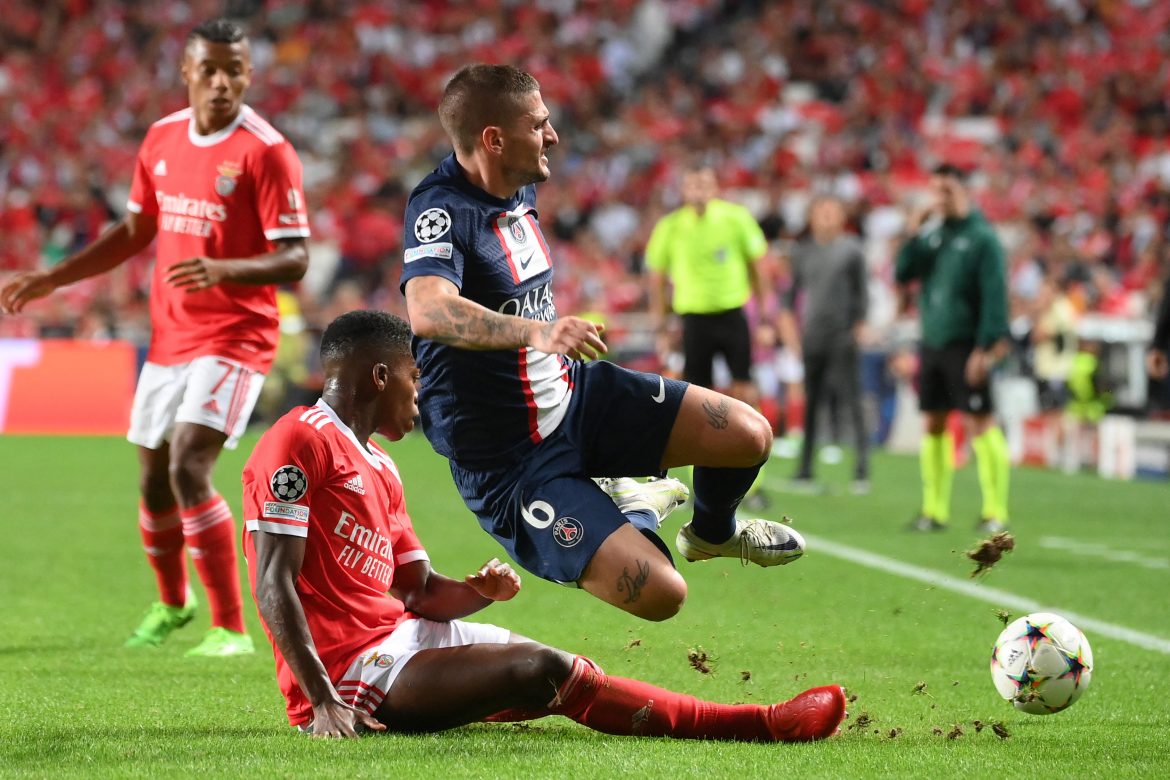 Speaking to Canal + after PSG’s 1-1 draw against Benfica, midfielder Marco Verratti (29) was left perplexed by referee Jesus Gil Manzano’s decision not to send off Enzo Fernández (21).

Fernández’s clumsy, late tackle on Verratti just before half-time received a yellow card, rather than a red. The Argentinian’s foot landed just above Verratti’s ankle on the follow-through, which required treatment. The Italian international midfielder managed to play on and received man of the match on the night.

However, post-match, he was critical of Manzano’s decision not to punish Fernández more severely for the tackle. “I spoke to the referee, and I don’t understand football anymore. At the start of the championship, we had meetings where we were told that if we put our foot above the ankle like that, then it’s a red card. He (the referee) said there wasn’t intensity. I have a swollen ankle. If there is more intensity then it’s broken, but there you go,” he said.

PSG manager Christophe Galtier was also critical of the tackle, saying that he “could have had his leg broken.”