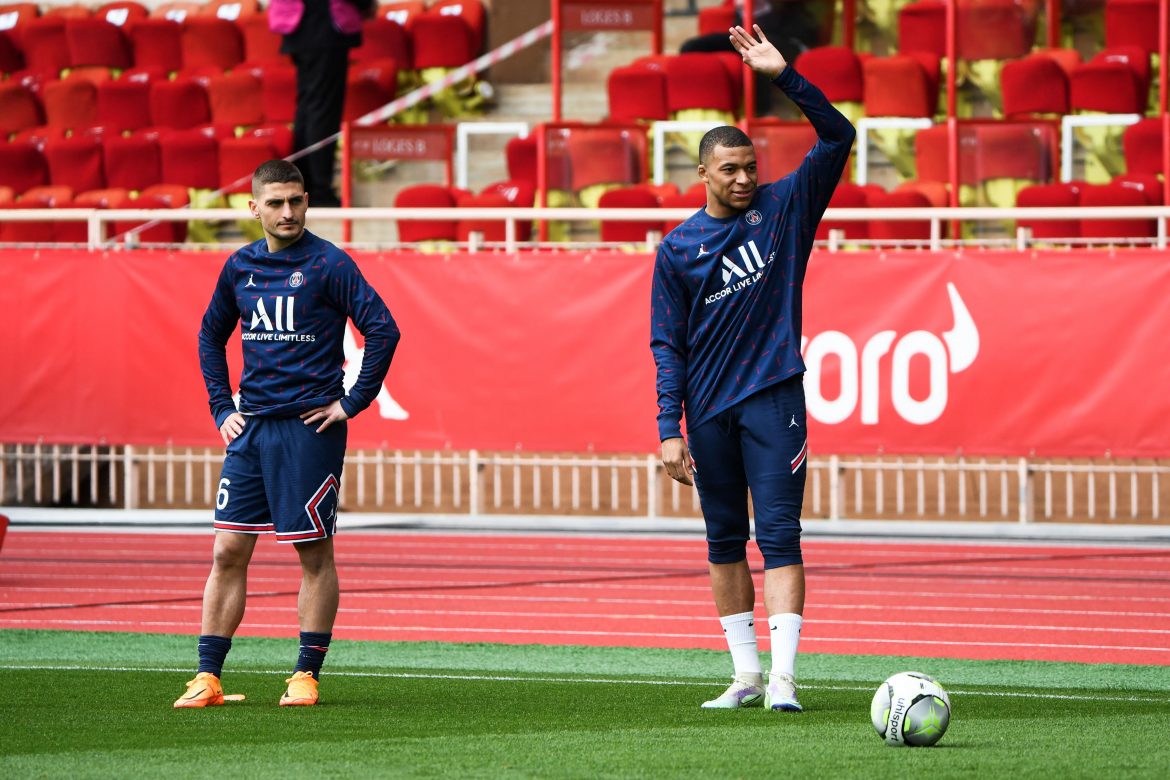 Following Sunday’s win against Montpellier, PSG midfielder Marco Verratti had his say on the match’s events which saw Kylian Mbappé fall out with Neymar in what is being called ‘Penalty-gate’. The Italian defended Mbappé’s gestures during the match, saying the following, which was reported by Le Parisien:

“Kylian is a player who always wants to do well. I think that with the missed penalty, he was sulking a little bit, but that’s normal, he’s a great player, he always wants to make the difference and when he misses something, it’s, he’s disappointed, that’s normal. But then he showed it with the first goal where he was decisive and then with another goal (which he scored, editor’s note). But it pleases me when he’s angry, because it means he cares a lot about this team, that he wants to do well, that he wants to make the difference.”

PSG sporting director Luís Campos met together with Kylian Mbappé and Neymar the day following PSG’s thrashing of Montpellier in order to quash the outfall between the two players.

Neymar and Mbappé admitted at the end of the meeting that the incident was over, with the dressing room expecting them to show solidarity.

The Portuguese director as well as boss Christophe Galtier reminded the two strikers that their behaviour should not at any time be detrimental to the team’s performance and that any dirty laundry should be dealt with internally and not on the pitch in front of the cameras – a remark which was specifically aimed at the Frenchman, who, after not receiving a pass from Vitinha made a gesture of his displeasure by not joining in the PSG attack.

Neymar has made it clear that he was confused in his status as number two penalty taker with the second penalty awarded in the same game. He knows that his Twitter activity has displeased and he has called out by PSG’s management on that front too.