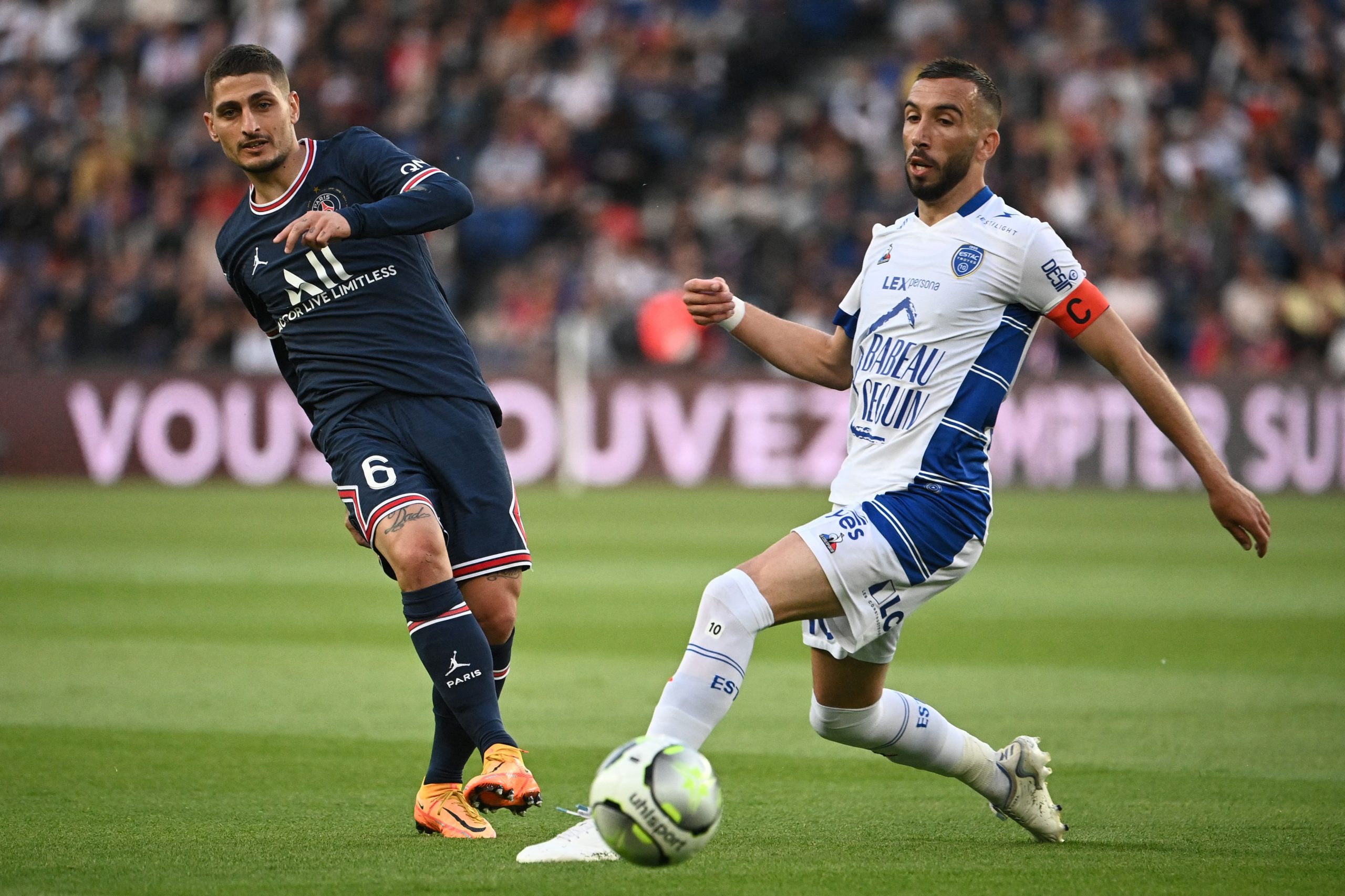 Speaking to Amazon Prime in the wake of Paris Saint-Germain’s home draw to Troyes, Marco Verratti recognised that the team should be doing better, even if the Ligue 1 title in the bag.

His words transcribed in RMC Sport, the Italian midfielder also pointed that PSG’s recent form was also due to the aftereffects of the Champions League loss to Real Madrid.

“There’s a bit of frustration. I think these are the matches you have to enjoy, and to do that is about winning and playing well as a team. We’re in one of the calmest moments of the season because there’s no pressure. We just need to enjoy ourselves. When you’re free in your mind, you can enjoy yourself even more. I’m a bit frustrated [by the result]. We’re at the end of the season and we’re still putting in performances where we’re angry. It’s not the kind of thing we dream of at the end of a season, especially when we’re already champions.”

“I honestly think we could be doing a lot better with the team we have. We could be doing better in the difficult moments. When we play well as a team, we enjoy these kinds of matches more. It’s been a difficult season. Even if we’ve won the league, it was hard at the start of the season, we won a lot of matches towards the end. It shows that we have great character because we’re still there, two minutes from the end, trying to score a goal.”

“[…] We’ve been through some more difficult situations this year, even if it was hard. I get the feeling that the first six months went by without us being able to train together three times. From international breaks to players arriving late, the first six months were very hard. Afterwards, I think we had something better. We showed it a bit during the Real Madrid game. We were doing well against Real Madrid. I think that game killed us, like the supporters. In the end, we’ve won the league, which is never easy. Our dream was to go further in the Champions League. There can be small details in the quarters, semis and you can find yourself in the final after playing two good games. Madrid really hit us hard.”