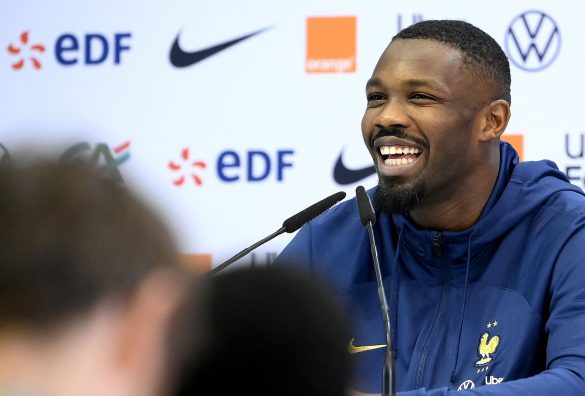 Appearing at France’s daily press conference this afternoon, Marcus Thuram, who was a late call-up to Didier Deschamps’ squad last week, discussed the prospect of playing in the tournament that his father Lilian won in 1998 alongside the current national team manager.

After speaking of his pride at being a part of the World Cup squad and that it was a “childhood dream” for him, he explained that his father told him to “stay true to [himself]”. The striker pointed out that he wasn’t putting any pressure on himself with regard to his father’s achievements, but that he was nonetheless happy to speak about him.

He added that France’s all-time top appearance-maker hadn’t set him any challenge for the tournament, let alone that of scoring a double in the semi-final like he did in 1998, insisting that all his father wanted was for him to “make the most of the moment and to give it my all.”

Thuram concluded that he believed his brother Khéphren – who plays as a midfielder for Nice – to be the best in the family, and that he hopes he will one day make the France squad as well – “I have faith in my little brother”.

Dani Alves: “Kylian Mbappé still hasn’t understood that his attack partners are more phenomenal than him.”