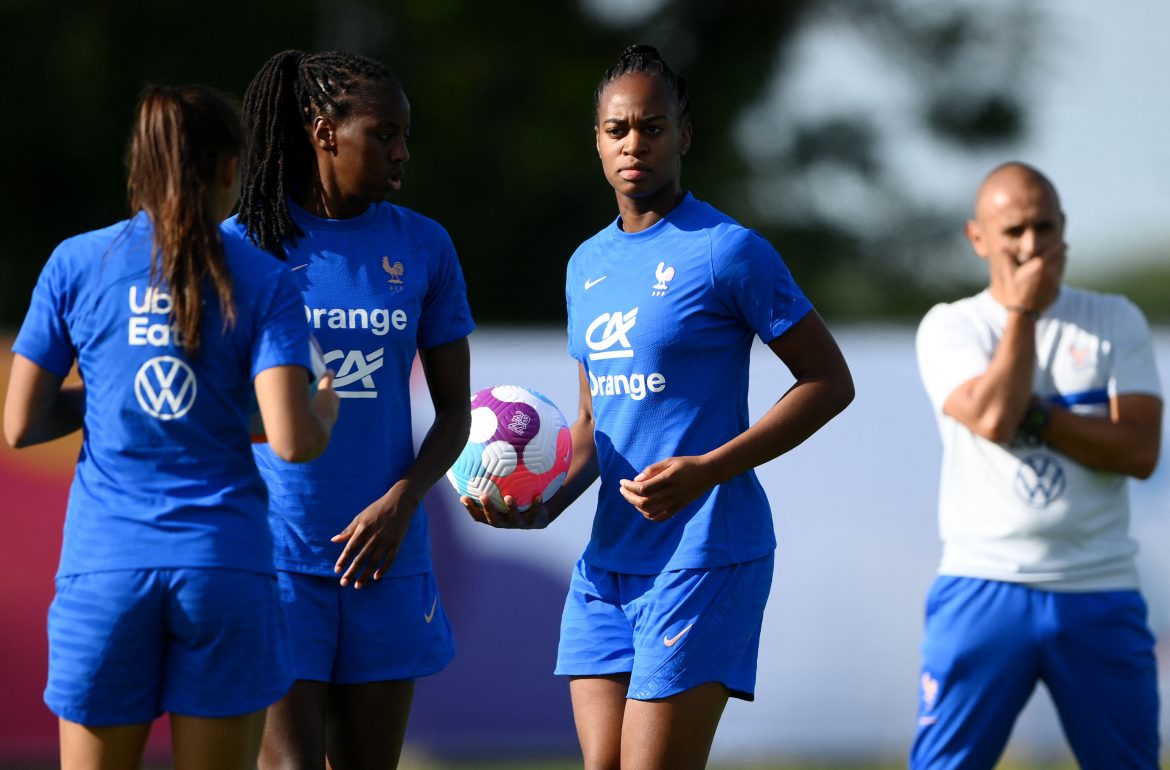 Ahead of France’s opening game against Italy tomorrow night, PSG’s all-time top scorer Marie-Antoinette Katoto spoke to L’Équipe about this year’s Women’s Euros, which are being held in England. The tournament offers an opportunity for Les Bleues to put their difficulties and disappointments behind them. The 23-year-old spoke about her fractious relationship with manager Corinne Diacre, as well as France’s chances in the tournament.

Three years ago, you were not selected for the World Cup at home. Corinne Diacre said you weren’t present enough in the big games. Was she right?

She wasn’t wrong. I was young, it was my third season with the pros. I was learning. I was improving in the big matches even if I was absent in many. Today, I manage them differently. It took me time to learn to put up with these big billings. It was a lesson.

Which matches are you alluding to?

Especially against Lyon, our main rivals. Even if we had beaten them in the Coupe de France, repeating performances of the highest level in these matches was not easy (for me).

Corinne Diacre also said you didn’t give your all in training and therefore “absoutely did not deserve to start”. Do you think that’s fair?

She was right. There was necessarily some truth in that. At the time, I had a way of training, thinking and playing that is different to today. With time, I’ve progressed a lot.

It was rather cold between you. Has your relationship settled?

What I appreciate with her is that we always say things to each other, we speak frankly. When things weren’t going well, we don’t hesitate to be transparent. I’ve always had a relationship of player to manager with Corinne, identical to those she has with my teammates. She gives instructions, I listen.

The Euros has arrived. This French generation is always chasing after a major title. Why should we believe in the chances of Les Bleues?

We have a strong group. Frankly, we get on well. On the pitch we know each other better, we took a second to look recently and we realised that there are only three players who haven’t already played with the majority of the squad. We will try to break the curse of the quarter-final (2009, 2013, 2017) to go as far as possible. Because we are a team that deserves a title. Really, with all the girls of this generation. There’s a lot of talent in France.

France always has been, whatever the competition. We’re a big nation, so it would be a lie to say we’re not favourites.