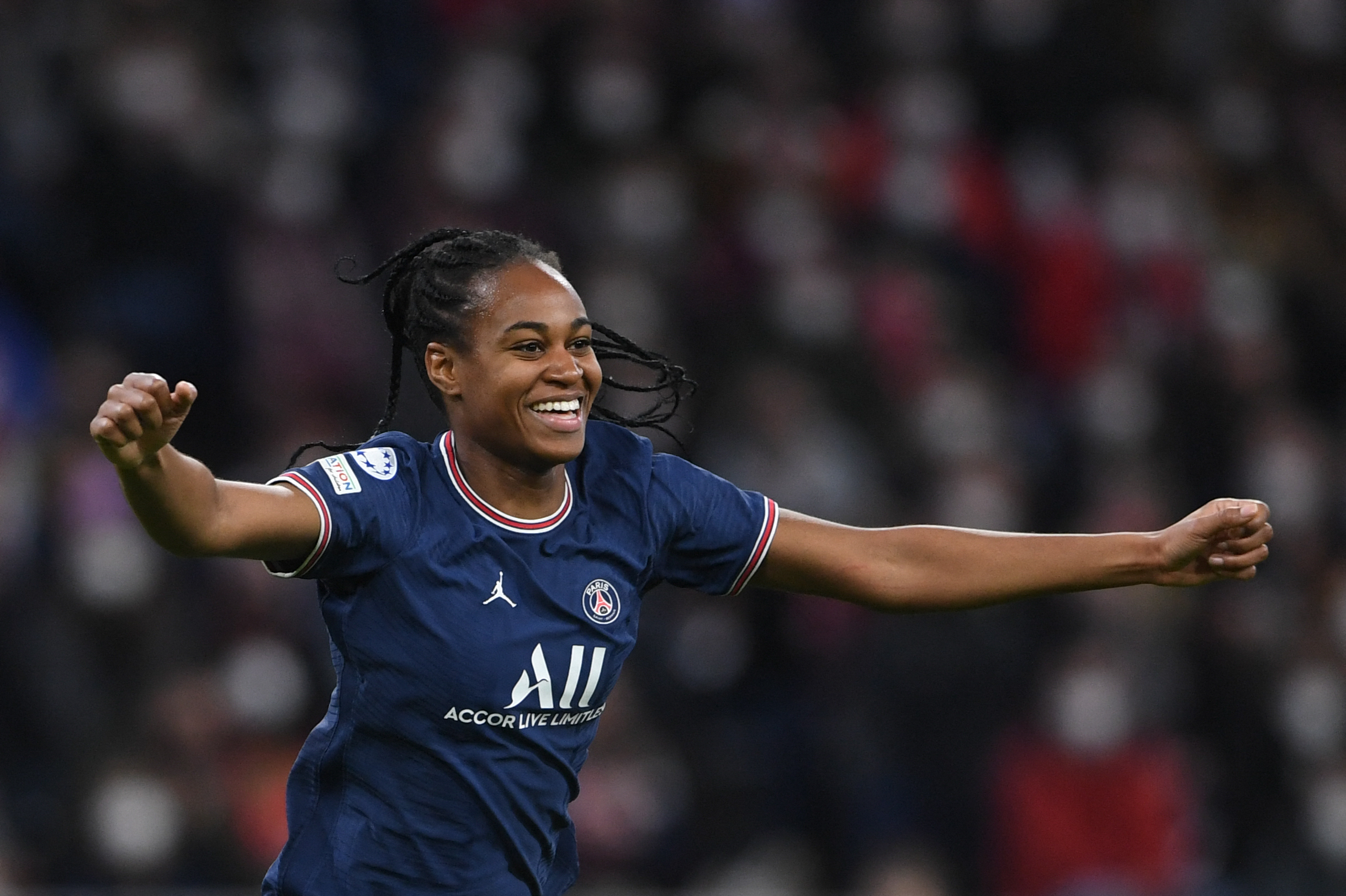 With her contract running out with Paris Saint-Germain at the end of June this year, star striker Marie-Antoinette Katoto (23) spoke to AFP about her future, and her frustrations with the club.

The club’s record highest-scorer (138 goals) admitted that she was in “total disagreement” with Paris Saint-Germain and demanded “real actions”.

“There are many reasons why we are not in agreement. But I read and hear things since I’ve been at PSG, there’s a lot talk but for the moment there are no actions,” continued the 23-year-old, who scored a brace in the Champions League quarter-final against Bayern Munich last month to progress to the next round.

With the PSG leadership having publicly declared their desire to make Katoto the focal point of the team for seasons to come, it has been rumoured that she has been offered the biggest contract ever within the PSG Women’s side.

“I’m open to anything,” she continued, “whether that be abroad or in France,” alluding to possible interest from both Barcelona and Lyon. “There’s a lot of discussions [with interested clubs] a lot of considerations and I thank them for it. I didn’t think there would be so many. I’m very open, for now the discussions are going well, very well even. The next choice I make will be the right one I hope. It will be an important moment in my career.”

Katoto has also been named by Kheira Hamraoui’s lawyer as one of three teammates who have been treating the player poorly.

Peter Bosz admits that Lyon are not playing with his philosophy