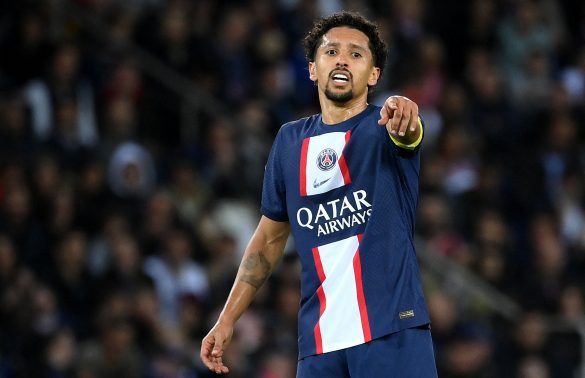 Paris Saint-Germain defender Marquinhos opened up on his future in the post-match press conference as the reigning Ligue 1 champions ended the Champions League group stage with a 2-1 win over Juventus on Wednesday evening.

As reported by L’Équipe, the Brazilian was asked about his future at the French capital. In the reply to the question regarding his potential contract renewal with the Parisien side, the 28-year-old centre-back said,

“I’ve always had PSG on my mind. I have a year and a half left on my contract. I still want to stay. The club is showing confidence in me. There are discussions. I hope that everything will end well.”

With the Brazil international, who has a contract in Paris until June 2024, confirming that talks over a potential contract extension are underway, it appears as if the Ligue 1 side intends to retain the services of the club captain, who has made over 380 appearances for PSG across all competitions since joining the club back in 2013.