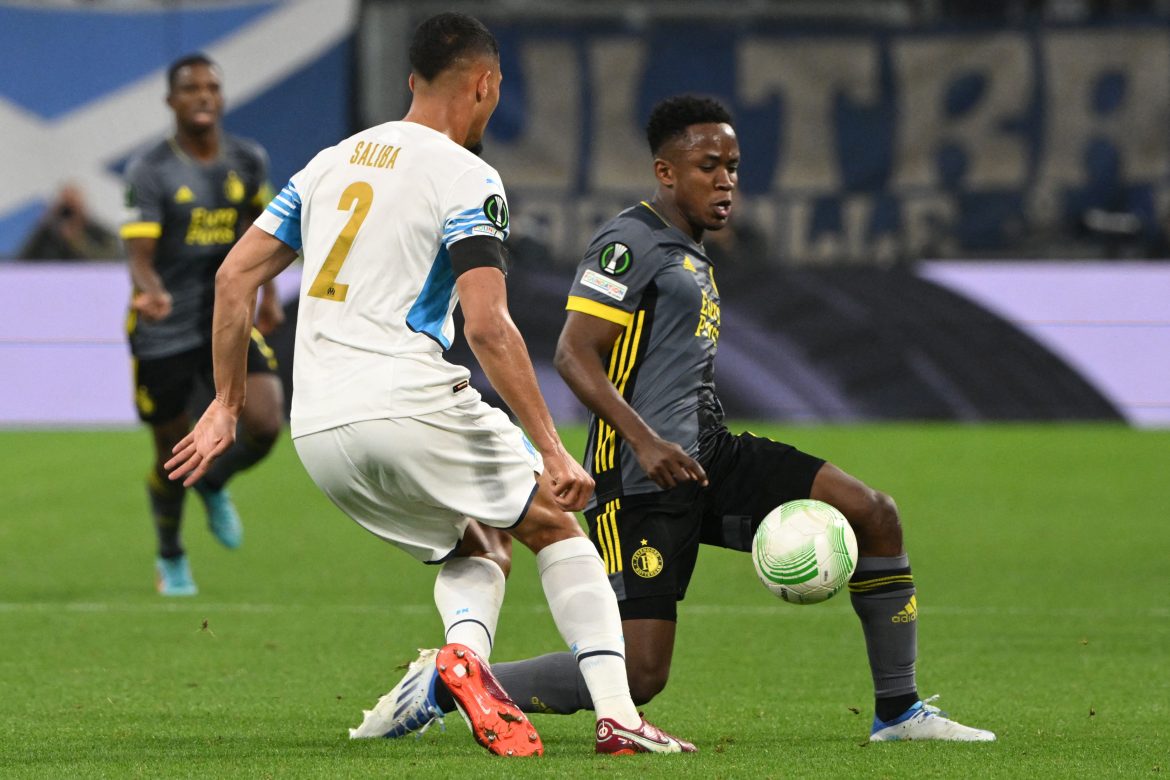 L’Équipe report this morning that Marseille president Pablo Longoria is on the lookout for potential attacking recruits, and has identified Feyenoord winger Luis Sinisterra as a potential signing.

The Colombian notably impressed in the Conference League semi-finals against OM late on in the season, which saw the Dutch side go through 3-2 on aggregate. Sinisterra assisted the first and scored the second of Feyenoord’s goals in the first leg.

However, the Eredivisie side’s asking price could prove a stumbling block, as Feyenoord are demanding €25m for the 22-year-old, who has another two years left on his contract. Marseille are not ready to put that kind of money on the table.

The Colombia international has been playing with the Dutch side since 2018, when he made his move from his home country, and in 113 appearances has scored 35 goals, including 12 this season.

In other transfer news, Marseille are set to complete the signing of young Cameroonian François Régis Mughe, from the Brasseries football academy in Cameroon, who will join on a five-year deal amid interest from other European clubs.

Back to the Low Countries, OM will also sign the young goalkeeper Jelle Van Neck from Club Brugge, to play as third-choice goalkeeper should Simon Ngapandouetnbu leave.