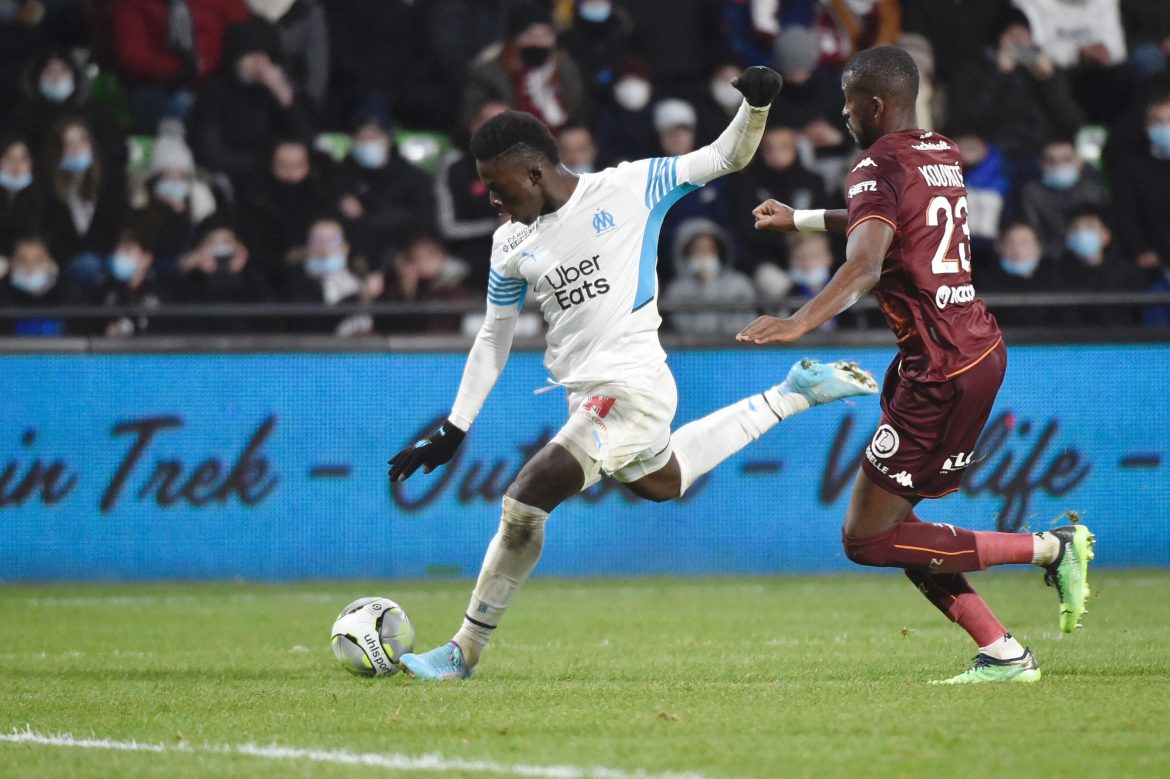 L’Équipe report that Marseille striker Bamba Dieng is closing in on a move to Lorient, who have been interested in signing him since July with his current club looking to move him on to streamline their attacking options.

The 22-year-old much prefers the option of going to Brittany over moving to a Premier League side – Everton were linked – where he would more than likely find himself on the bench. The latter was nevertheless the original choice of OM president Pablo Longoria and of intermediaries close to him.

Should his move to Les Merlus materialise, he would be replacing Armand Laurienté, who is set to sign for Sassuolo. Dieng, who scored seven league goals last season but fell out of favour towards the end of the campaign, is favouring a loan move which could then see him return to the Vélodrome.

Lorient president Loïc Fery wants a loan deal with an option to buy, but Marseille are pushing for a straight transfer. Talks so far have outlined a deal worth €8m which would include a sell-on fee for OM.

FEATURE | Paul Pogba blackmail case: What we know so far