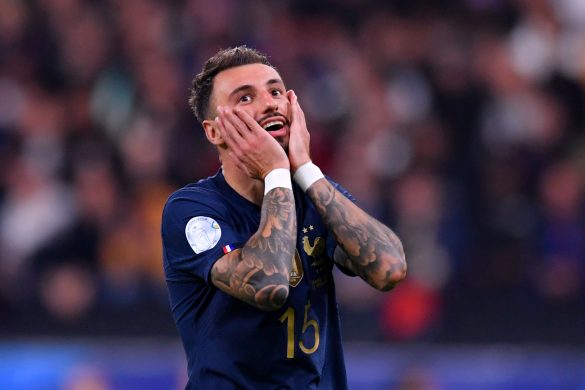 Marseille wing-back Jonathan Clauss (30) has reacted to his surprise omission from France’s World Cup squad. The former RC Lens player had looked to be a shoo-in to be selected for the tournament, which gets underway in Qatar on Sunday.

Clauss, who at the age of 30 only made his France debut this year, looked likely to make Didier Deschamps’ squad. Having featured for Les Bleus six times this calendar year, and blossoming since his summer arrival at Marseille, he looked like the stand-out option at right-wing-back.

However, Deschamps has opted to change formation. In a recent press conference, he confirmed a return to a back-four, leaving no space for Clauss. The Frenchman has now reacted to his omission through a post on Instagram. “During these past months, I have had the chance to accomplish many of my dreams. The win against Monaco reminds me that you must never give up and that hard work always pays off. Such is the life of an athlete: you fall, you get back up, you move forward and you win again,” said Clauss.

He continued, “I want to thank Marseille, the staff, my teammates, my close ones, and of course the french supporters who have really supported me. For me, the time to relax has now arrived, to allow me to come back stronger. For others, the World Cup is about to start and I hope that my team can win this 2022 edition. It is ours to win, guys!”

France’s World Cup defence gets underway with a game against Australia next Tuesday. Les Bleus then face Denmark and Tunisia.

Noël Le Graët defends against harassement accusations: “I don’t even know how to write an SMS”