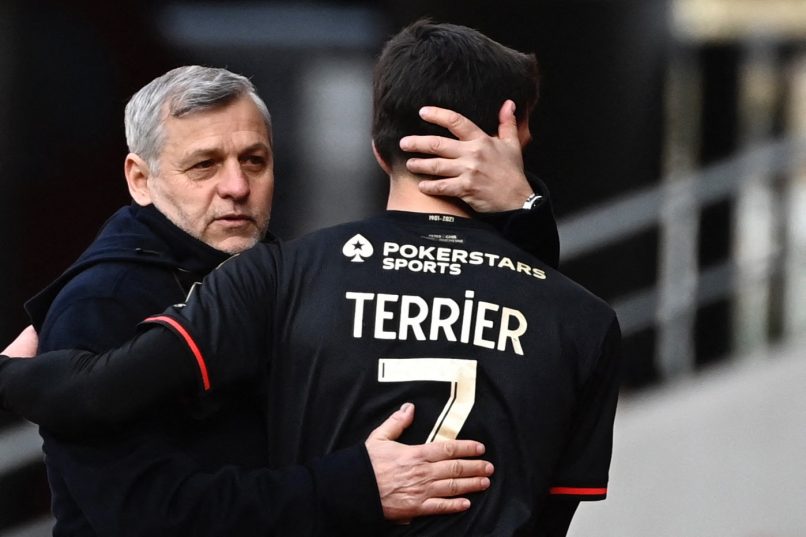 In an interview involving several Rennes players for RMC Sport, midfielder Jonas Martin notably recounted an anecdote regarding forward Martin Terrier’s relationship with social media when both were at Strasbourg.

The latter, who broke through on a season-long loan deal from Lille at the Alsatian club, would sign a deal in January of 2018 to join Lyon at the end of the campaign.

Jonas Martin explains that during that season he had taken Terrier under his wing, and that amid a strong start to the season the latter would look at Twitter reactions. He recounts telling him to be wary of social media, because things could quickly turn sour once he stopped scoring.

Despite Terrier’s reassurances that he wouldn’t care, criticism soon came in after his goalscoring run dried up at the turn of the year. Martin explains that he twice found the forward on the edge of tears after typing his name into the Twitter search bar after games and seeing the barrage of criticism.

“It kills your confidence. Go speak with those who know about football. You don’t know who’s hiding behind social media. There is mean-spiritedness, but you are the most disappointed when you’ve had a bad game. You get home, you’re disgusted, you’re not going to sleep, the week’s going to be long – Martin suffered from that.”