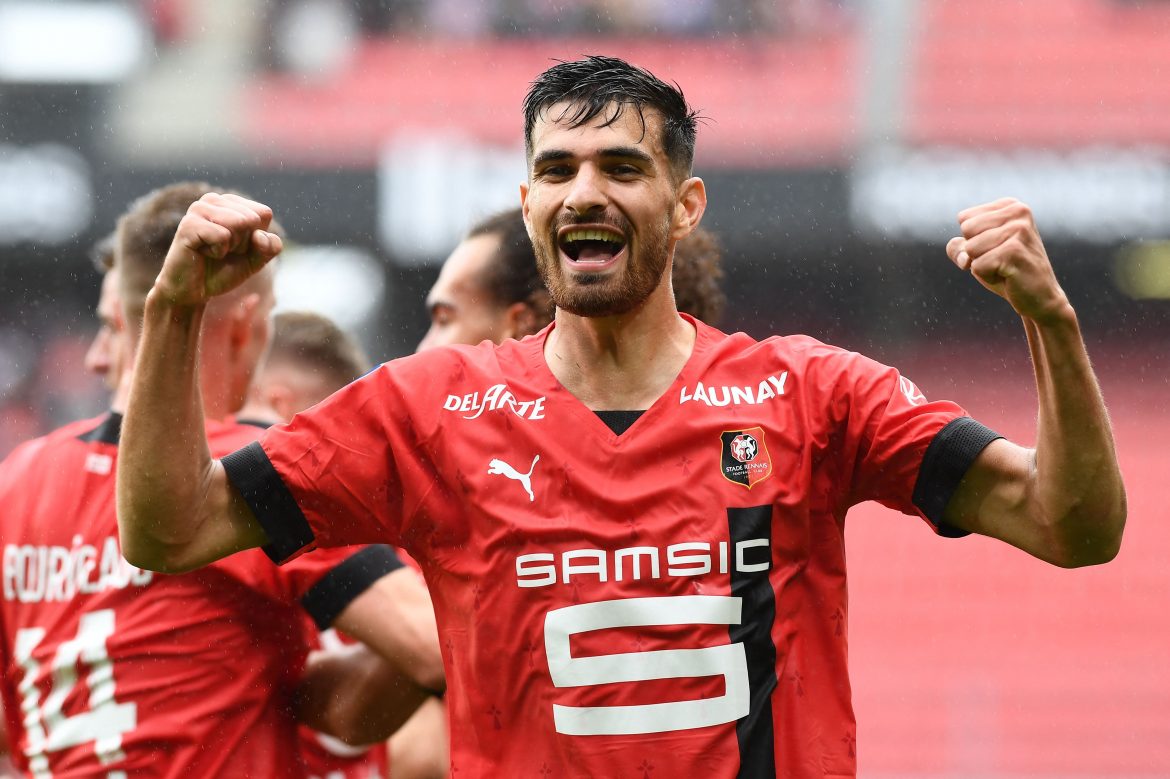 Speaking in the wake of Rennes’ 2-1 win against Ajaccio on Sunday, forward Martin Terrier (25) confirmed that he will not leave the club during the current transfer window.

Asked if he will still be a Rennes player beyond 1st September, he responded, “it’s certain.” He added, “I feel good here, I grew a lot here last year. The club is ambitious and the fans are fantastic so I feel good here and I’m blossoming.” Liverpool, Tottenham Hotspur, West Ham United, Leeds and Everton were all linked with a move for the French forward this summer.

Terrier also once again affirmed his desire to go to the World Cup in Qatar in November. “I still have a lot of work to do. In my position, there is a lot of competition, lots of big players, but I’ve matured and grown in experience and I’m going to do everything to continue,” Terrier said.

Last season, Terrier scored 21 Ligue 1 goals in 37 appearances, and he is already off the mark this season having scored once in the first three matches.