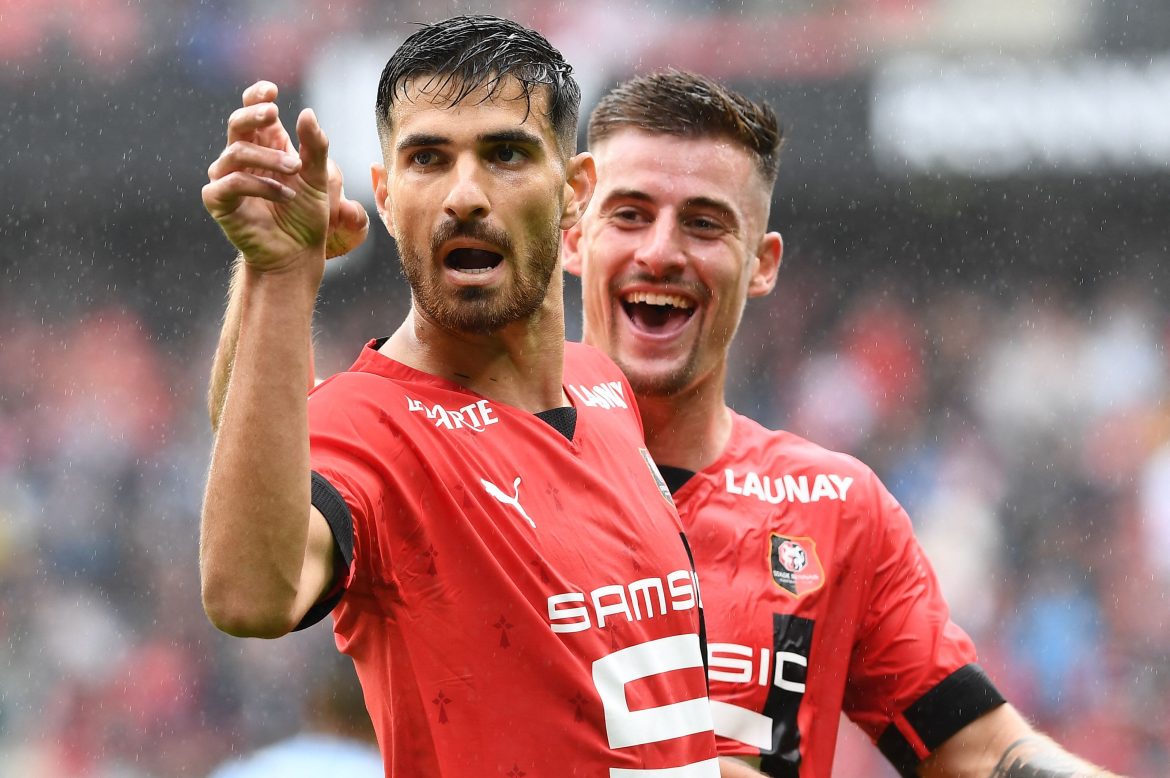 According to Stade Rennais Online winger Martin Terrier is close to extending his contract at Rennes up to 2025 after publicly expressing his desire to stay at the club.

Following the Noir et Rouge’s 2-1 win over Ajaccio this weekend, in which Terrier scored an outstanding low effort from outside the box, the winger confirmed that he will not leave the club during the current transfer window.

Asked if he will still be a Rennes player beyond 1st September, he responded, “it’s certain.” He added, “I feel good here, I grew a lot here last year. The club is ambitious and the fans are fantastic so I feel good here and I’m blossoming.” Liverpool, Tottenham Hotspur, West Ham United, Leeds and Everton were all linked with a move for the French forward this summer.

Terrier also once again affirmed his desire to go to the World Cup in Qatar in November. “I still have a lot of work to do. In my position, there is a lot of competition, lots of big players, but I’ve matured and grown in experience and I’m going to do everything to continue,” Terrier said.

Last season, Terrier scored 21 Ligue 1 goals in 37 appearances, and he is already off the mark this season having scored once in the first three matches.

Jorge Sampaoli speaks out on Marseille exit: “I needed players as soon as possible”